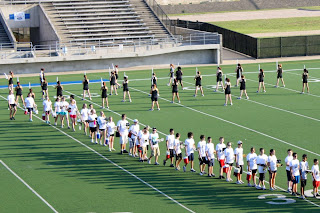 With the return of June band camp, we found ourselves back at the stadium. 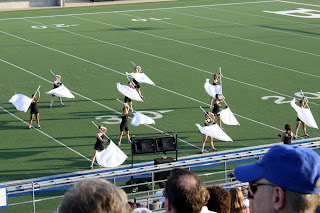 It feels like it hasn't been all that long since we were last here, and considering the 2010 marching season was extra-long thanks to the Rose Parade, it hasn't been the typical off-season. 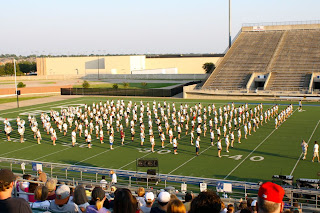 Still, it has been 5 1/2 months since we were here for the parade rehearsals and the Bandfest public performance. 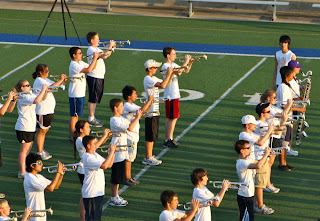 And it's been a full YEAR since we watched Ryan march with the high school band for the first time at last year's June camp. 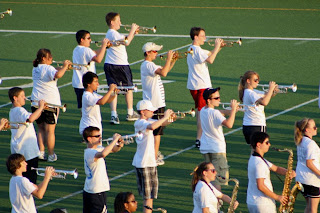 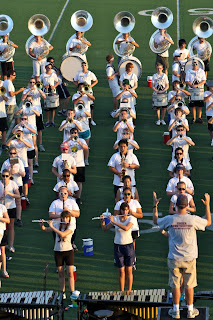 It was good to see the band march and hear the familiar songs. 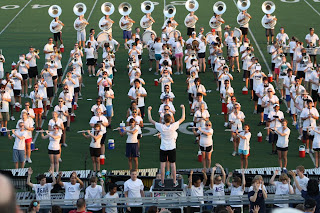 And it's nice to know that football season will be here before we know it.