Whenever we travel to Austin, I don't ever feel like I'm truly in the capital city until we can see the UT Tower. 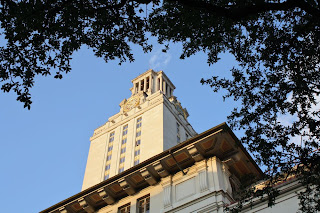 Since the Tower is at the heart of the UT campus, it looms prominently in my college memories. Now, whenever I return to campus, I gravitate toward it, photographing it during the day, at night, from a distance, up close, after championships, you name it.

When I was a UT student, the Tower observation deck was closed to the public. I used to think about possible story ideas, ways I could play the "journalist card" to get up to the deck, but I never managed to do that. So years later, when the University reopened the observation area, I made a mental note: Must get up there someday. 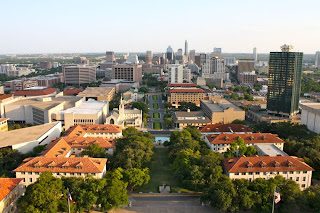 That "someday" finally rolled around on Friday! 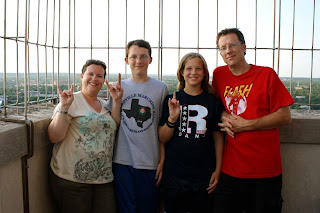 Fresh off our first dip in Barton Springs pool, we were finally able to check visiting the Tower off our Austin "to do" lists. 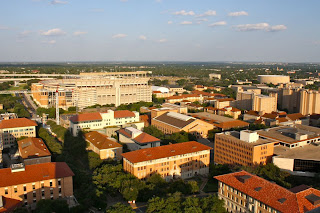 East side of campus and DKR 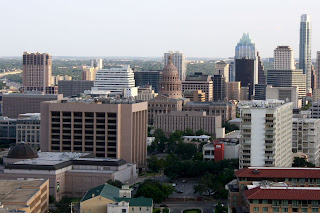 Downtown and the Capitol 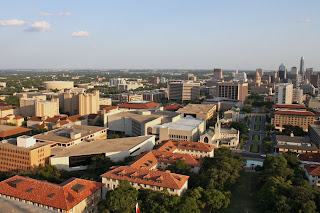 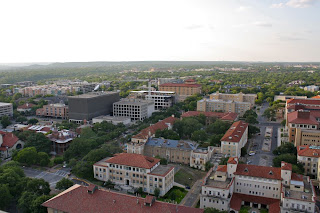 North side of campus and the communication building 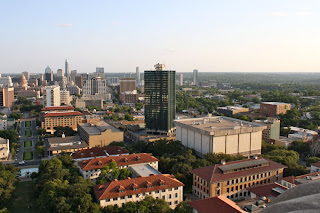 The Ransom Center and Dobie 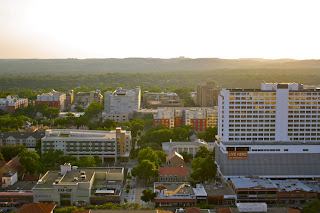 West Campus and the Drag 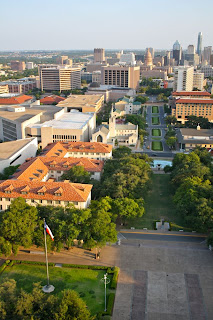 South Mall and half of the "Six Pack" 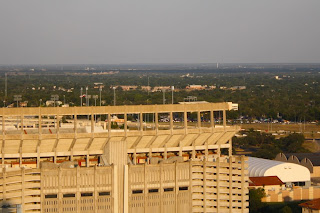 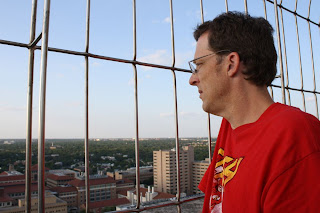 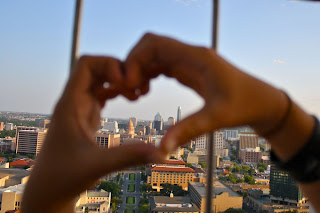 Deep in the heart of Texas! 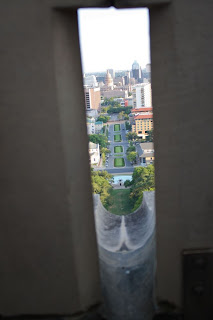 View from the rain spout 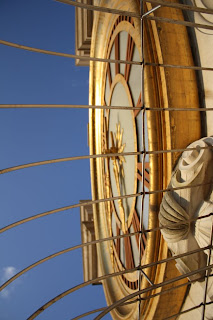 I can't count how often I've looked to the Tower's clocks to check the time. It was bizarre to be standing right below each of those 12-foot clock faces! 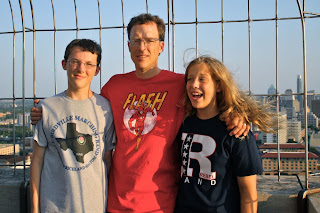 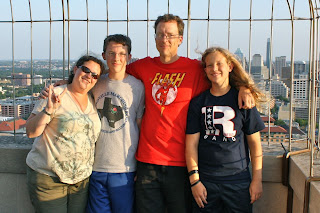 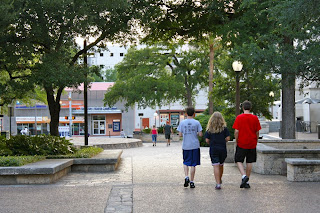 I'm thankful this Tower visit worked out this time.

Next up: The Congress Avenue bridge BATS!
Posted by See-Dub at 11:45 PM