1981, maybe '82. That's the last time I went tubing in New Braunfels! (Our church youth group went several summers in a row, and I still have the sunburn scars on my shins to prove it.) Brett and the kids had never been, so even though the river was really low, we went for it.

Warning: Scans of photos taken with a disposable waterproof film camera ahead! 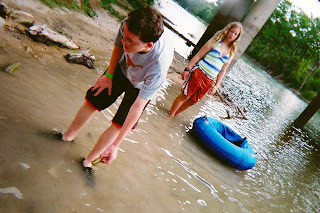 It was fairly early in the day when the outfitter dropped us off, so we had the (icy cold) river to ourselves. 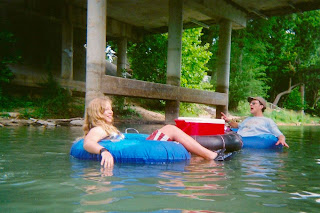 That was a good thing because we were total n00bs with the tubes! 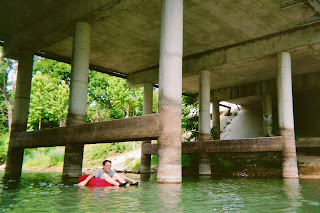 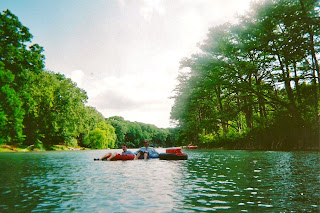 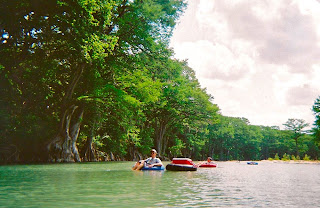 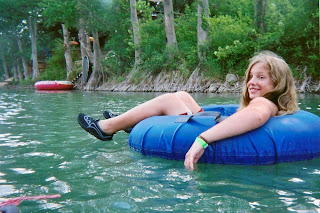 Because of rotten rainfall totals, the river is considered "low and slow" these days. At one point Katie was tired of the pace and got out of her tube to swim. We had no idea how deep the river was, so we were surprised when she stood up with the water only up to her waist! 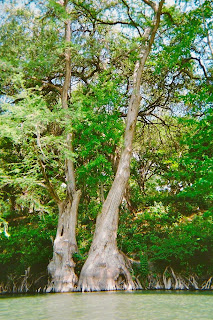 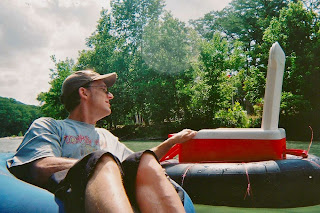 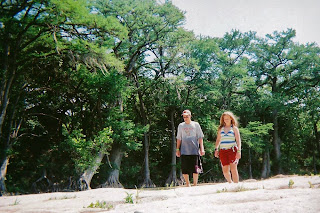 We took a break on this little island. Ryan even ate a snack there. 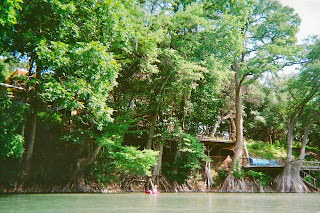 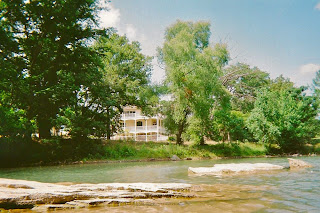 It was wild to see all the houses and old trees lining the river banks. 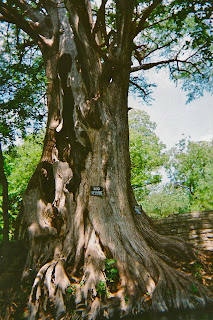 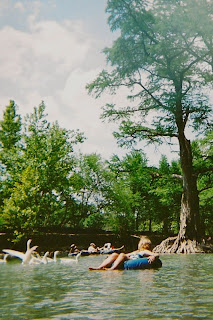 Late in the float we came across these ducks. 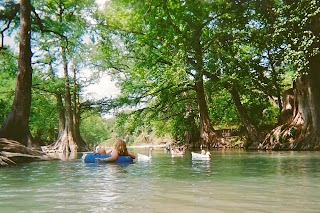 Katie floated right into 'em, and since the ducks were in no hurry to swim out of her way, they noisily honked and squawked at her. She instinctively pulled her feet up inside her tube! When I floated into that same predicament, I was thankful for my swim shoes. Apparently, feet sticking out of a tube resemble duck food but rubber soles aren't so tasty. (Great Beatles album, though.) 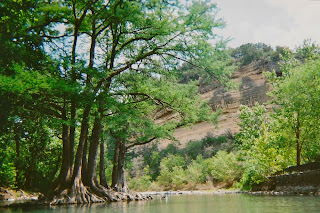 Even though we got stuck on the rocks multiple times and in spite of my wipeout in the "rapids" right near our exit point, it was a great morning to relax and breathe in that Hill Country air.

From there, we drove into Austin and checked into our hotel, ate dinner at Chuy's, picked up dessert at Krispy Kreme and then settled into our room to watch the Mavericks win Game 5 of the NBA Finals.