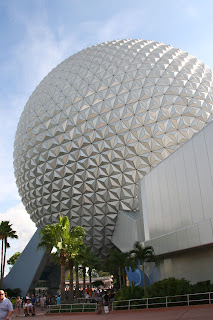 We began our time at Walt Disney World by visiting Epcot. As we had done at Disneyland six years ago, we relied on Ridemax to get us through the park in the most efficient way.

Each evening I would generate the next day's plan by entering the attractions we wanted to visit and our planned breaks. Then I would take a photo of the screen so I could have the plan on my phone. (Yes, I could've accessed the Ridemax website from my phone, but since I couldn't always get online in the parks, I used this method.) 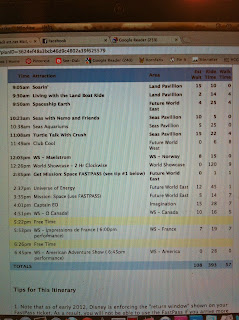 True to the plan, we started with the big draw, Soarin', before going to Living with the Land and Spaceship Earth. 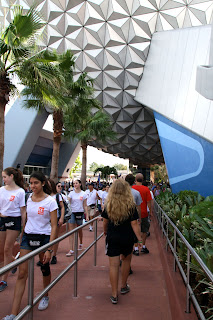 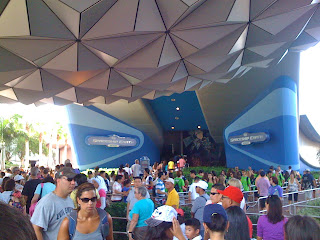 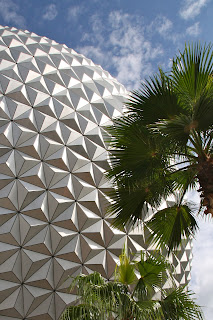 After Spaceship Earth, we walked over to the Seas with Nemo and Friends. 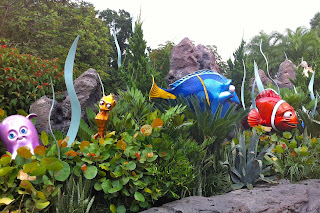 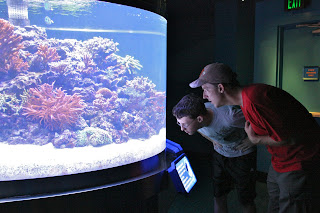 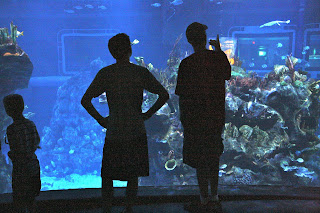 As we left Future World for World Showcase, we noticed the gathering clouds. 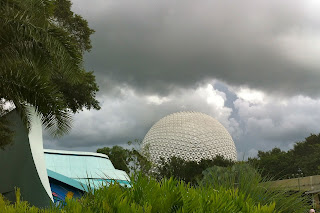 When the rain came, we abandoned our touring plan and boarded a boat to cross over to Germany. 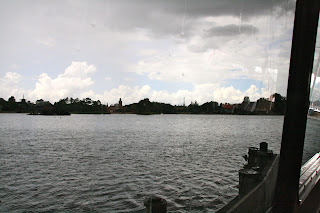 We were tempted to just stay on the boat, but we couldn't stand just sitting there, wasting good Epcot time. Katie and I opted to get wet, giving Brett and Ryan the rain ponchos I had stuffed in my bag. Still, we were pretty uncomfortable in this storm, the heaviest rain we had been in since arriving in Orlando.

Hoping to ride out the deluge, we found the Biergarten German buffet. We had planned to find a quick-service restaurant for lunch, but this place gave us a nice, long respite from the storm AND excellent food! 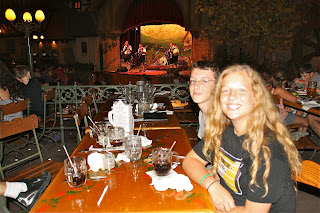 We loved the Biergarten! Great food and a fun show. Thank goodness for the rain that led us there! 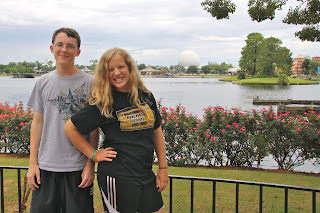 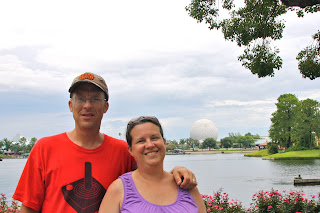 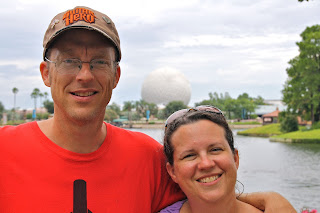 As we made our way around the world, we watched the American Adventure show and listened to the Voices of Liberty acapella group. (Serious chills there!) Later, we saw O Canada! and rode Maelstrom in Norway. 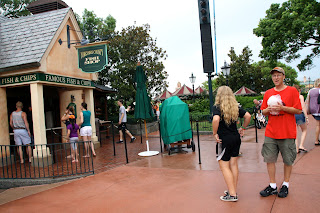 While in the England section we also found some old friends, like Alice:

and POOH and PIGLET! Ryan and Katie's nurseries and even our kids' bathroom were decorated with Pooh in our old house. 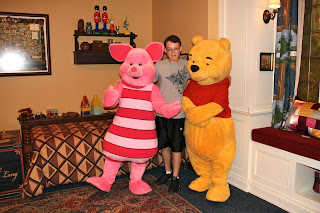 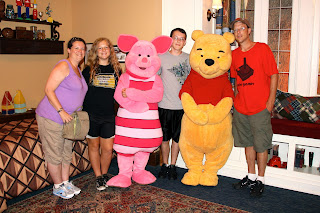 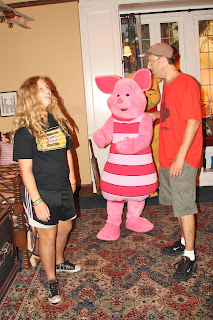 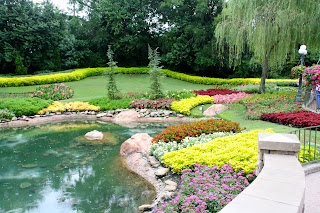 After "circling the globe," we experienced Captain EO (What a flashback!) and Mission: Space (What a trip! With those G-forces, I felt like I was getting a facelift!). We also checked out Club Cool:


Sponsored by Coca-Cola, Club Cool offers free samples of soft drinks from around the world.

Some were disgusting, but it was fun to try them out. (I really liked the watermelon flavor!) 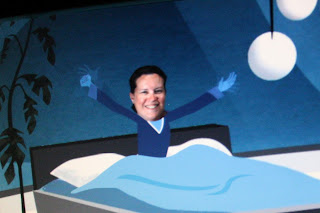 Before leaving, we did Spaceship Earth one more time. Then we were ready for some R&R.

The whole park was just so interesting to see. We hope to get back someday to revisit some attractions and hit the ones we missed this time around, such as Test Track that is being renovated and all the countries we didn't have time to explore.
Posted by See-Dub at 11:38 AM