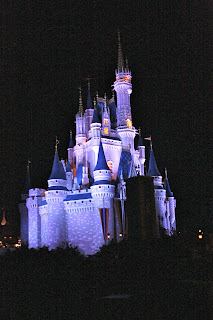 After our full day at Hollywood Studios, we headed back to the French Quarter to regroup. Because that Friday night offered "Extra Magic Hours" at the Magic Kingdom, Katie and I were itching to head back to that park. The fellas weren't quite so thrilled at the prospect of staying up past 2 a.m., so they stayed behind. 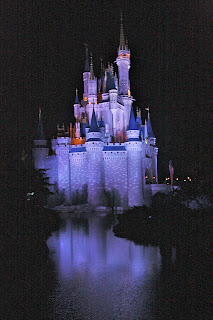 Soon after arriving, we found one of the few concession stands open and bought some iced coffee. We needed a little go-go juice, but after that, we went-went! 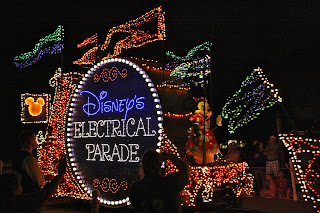 Just like we did the night before, we lucked into seeing the Electrical Parade. This time, though, it didn't signal the park's closing. 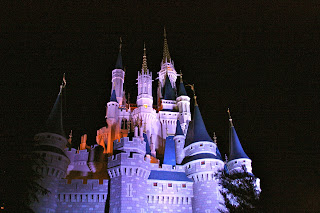 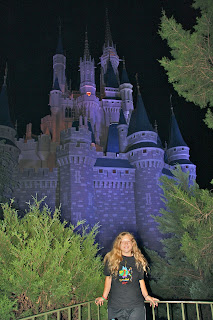 Being there so late at night gave us a chance to see the park without the usual crowds. 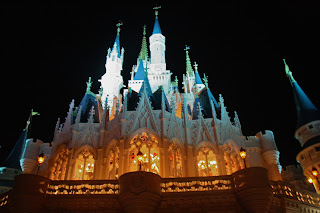 Of course, the park is gorgeous at night, and with the slower pace, we could really take it all in. 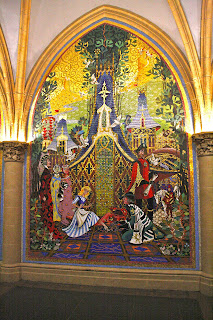 At one point we walked through the castle and saw the amazing mosaics lining the walkway. 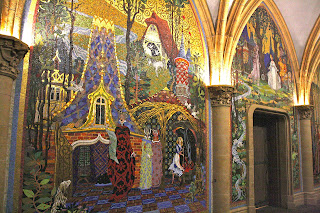 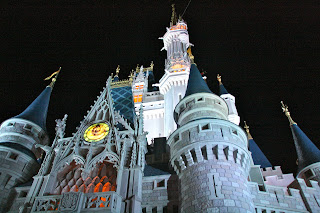 We also paid a few more visits to the Haunted Mansion, and then we had to get our "Buzz" on and shoot some targets. 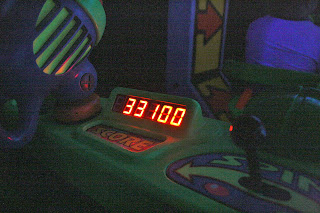 While in Tomorrowland, we also took a much slower spin on the PeopleMover. That was such a pleasant surprise!

I almost hate to mention this, but because of the Fantasyland construction barricades (not to mention the swarms of strollers in that vicinity), we never even SAW Dumbo, much less took a ride on those iconic elephants.

We did stumble upon the Magic Carpets of Aladdin, however. 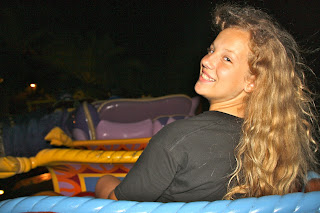 Since that part of Adventureland was virtually deserted, we got to fly our own private carpets, all by ourselves. 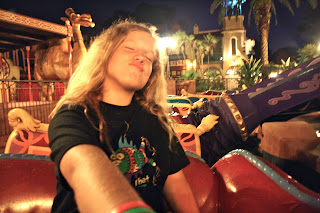 Probably the best part of our late night/early morning, however, was getting to take on Splash Mountain. One of the biggest draws in the park, Splash Mountain had super long lines during our previous visits, and we had chosen to use our Fastpasses on other attractions (like Space Mountain).

So imagine our glee as we strode through the winding queue right up to our own private log!

We couldn't resist riding several times. Too. Much. Fun. 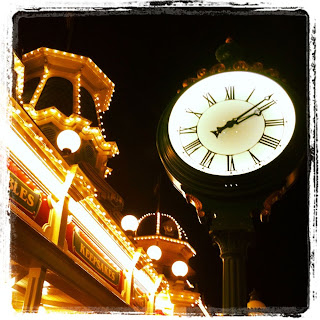 It was surreal to walk down Main Street and notice the time. We were yawning an awful lot as we boarded the Monorail, but wow, was the sleep-deprivation worth it.

It was extra magical indeed.