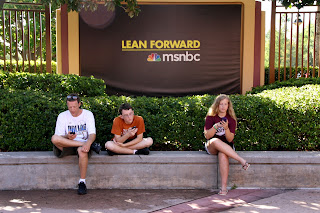 As we walked from Islands of Adventure to Universal Studios, we made a pit stop. When I emerged from the rest room, I found my family engrossed in communication (just not with each other). 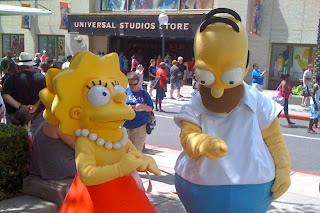 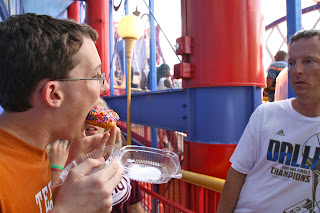 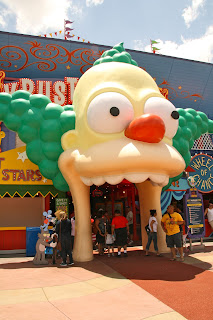 Speaking of fans, we followed up on our plan to eat lunch at the Classic Monsters Cafe. The line was super long, but it was worth it to dine with the monsters. 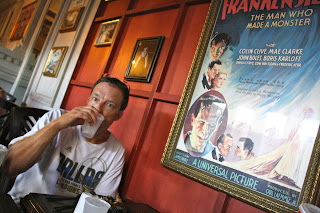 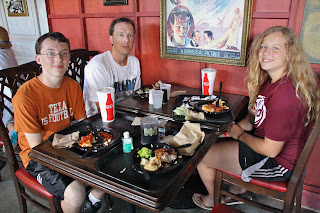 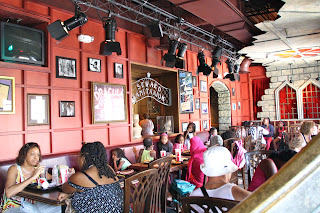 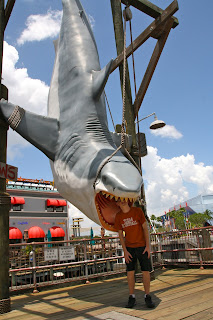 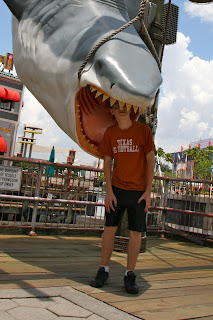 Like many tourists, Ryan posed inside those massive jaws...

...just like he did way back in 2006 at Universal Hollywood. (The pictures from that visit make me so sad! I can't believe how little the kids were!)

We enjoyed the Beetlejuice show, in spite of the cheesy monsters-as-rockers theme: 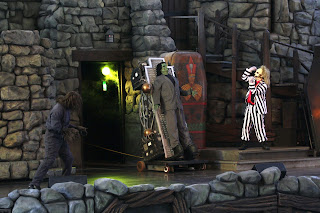 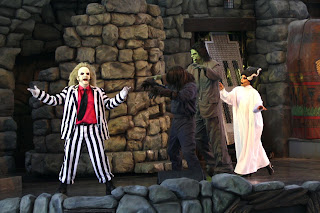 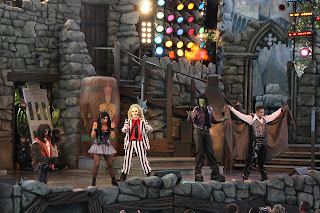 We also made a super quick visit to the Lucy tribute, much as we did back in '06. 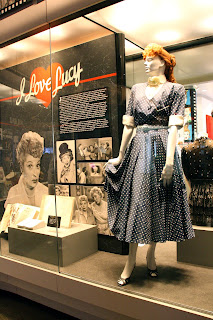 By mid-afternoon, fatigue was setting in, so we bid adieu to Universal Orlando. After a stop at an Orlando Walmart (cheap T-shirts! padded inserts for Katie's shoes! breakfast and other food!), we drove to Walt Disney World.

Once we found our resort, we were checked in and in our room in no time. Our resort: Port Orleans French Quarter. (In WDW lingo, it's a moderate resort.)


When we started talking about this trip, I figured we would stay at a value resort like Pop Century (wouldn't that fit us?) or one of the All-Stars.

But when I realized that a moderate would get us queen beds (as opposed to doubles), a larger room and wifi, I decided it was worth the few extra bucks. We also had a fridge under the TV, so that made our in-room "breakfast picnics" much nicer.

AND we had double sinks! And a curtain to separate the vanity area from the bedroom! And did I mention double sinks?!