In my classroom this morning, I watched the L.D. Bell Band perform in the Bands of America Grand Nationals preliminary competition in Indianapolis. 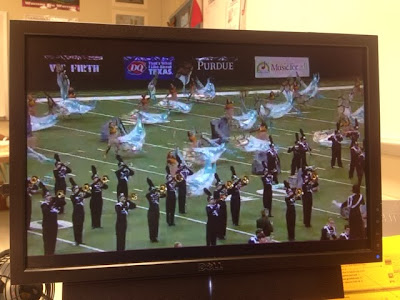 I had a few students finishing their finals at the time so I kept the sound off, but when I could catch a glimpse of the webcast, they looked really good!

Later, after I got home, I listened via streaming radio as the Amarillo Sandies won their volleyball regional semifinal in Abilene. 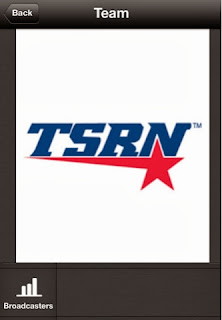 It was fun to hear my friend's daughter's name over and over as she made some great plays.

I couldn't BE there for either event, but I WAS virtually there, in between teaching and grading and getting a temporary crown placed. Hooray for technology!

Even now, I'm miles away from Bell's playoff game, but my phone can tell me the score. 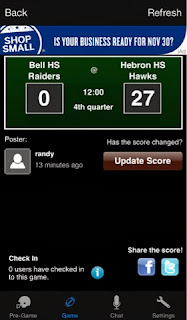 Granted, it's not the score I'd hoped to see, but it's still amazing that I can get that info so readily. It wasn't that long ago that if I couldn't attend a game in person, I'd have to wait until the newspaper landed in our yard the next morning to learn the outcome.

You know, this so-called "internet" thingie just might catch on.
Posted by See-Dub at 9:46 PM