Today we attended our local hemophilia association's annual meeting. For the last several years, the meeting's been at Hurricane Harbor or at a Rangers game, and usually on the same day as the children's musical performance. That scheduling conflict has kept us from attending lately, but this year we were glad to have the date free. This year's meeting was at Texas Motor Speedway! We're not NASCAR people, but we were still glad to check out the behemoth that's just up the interstate from us.

We spent most of our afternoon at the Speedway Club, which overlooks the track: 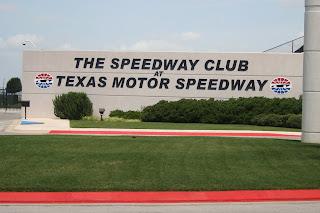 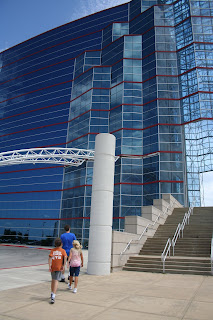 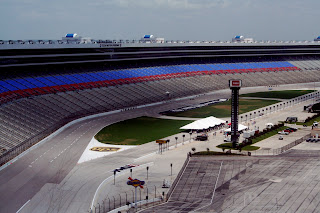 After our arrival, the kids enjoyed gathering freebies from the vendors. Several drug companies and home health care agencies were there with pens, candy, educational materials and toys. The kids really raked in the goodies! 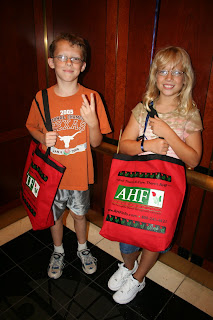 Then they were off to the children's program downstairs. They talked about hemophilia and spent most of their time making their own race cars. Meanwhile, back in the meeting, we heard what the local chapter was up to and learned how to be better advocates for hemophilia patients. Brett and I also attended a break-out session about infusions and heard from other parents about how venous access is working in their homes. It's always good to share stories with other parents since it's so rare for us to talk to anybody who's familiar with this world of factor, syringes and butterfly needles.

After four hours of being separated from the kids, we were all reunited for the fajita dinner. After the meal, we got to see the kids' race cars: 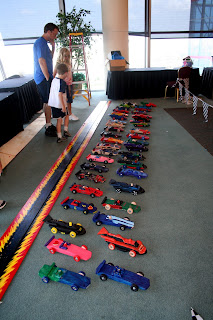 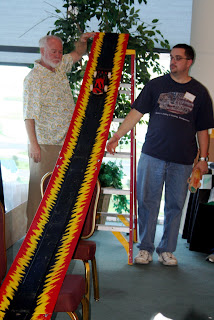 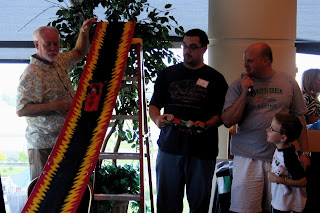 The kids also got their first good look at the track below us: 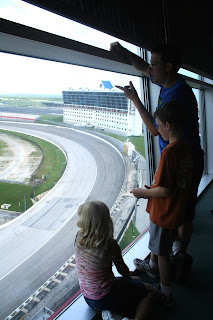 At long last, that part of our day was over! We stopped for a quick self-portrait in the marble on our way out before heading to the track. 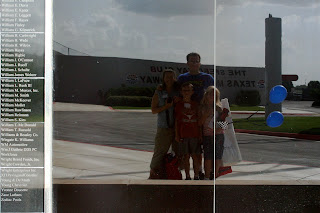 Then we were off to the races (or the pace cars, at least): 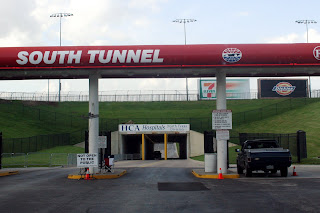 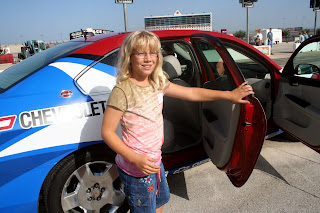 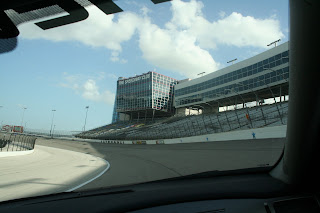 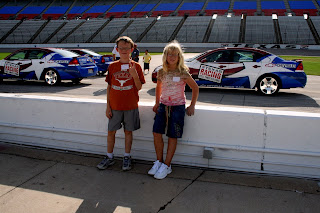 WOW, was that cool! We made two laps around the oval at 100 mph, stopping once to feel the steep bank of the first turn. It was over before we could blink, but it was an awesome experience! 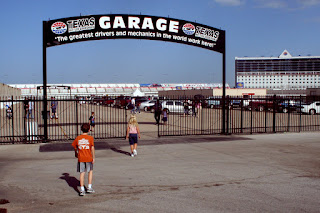