For weeks, Brett and the kids have been looking forward to the Texas Pinball Festival. Last year, I was working the Saturday they headed to Grapevine for this convention, so I was excited to see it all for myself this time around. 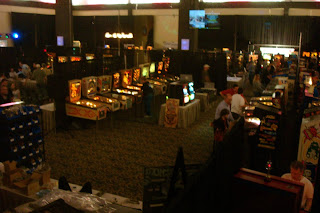 It really is amazing to be in this huge room with all of those pinball machines, arcade cabinets and other attractions. (This is a view of about 1/3 of the convention floor.) The games were all set to "free play," so you can just wander from game to game and try them all out! 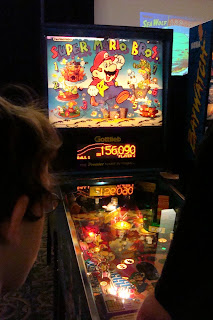 Ryan and Brett played a bunch of games on this machine. They're true Super Mario Bros. fans! 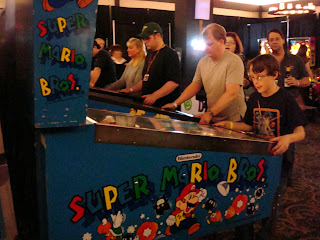 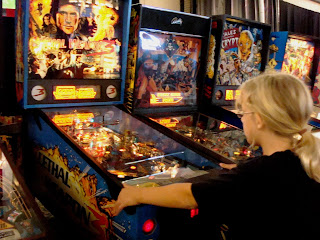 Katie had some amazing runs on the No Fear machine and this one, Lethal Weapon. She and I also had a blast playing some two-player Galaga on an old table cabinet. Katie also got the DJ to play the Thriller video, so we had fun watching those old dance moves! 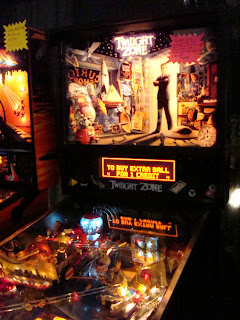 Brett has several favorites, including this Twilight Zone machine. 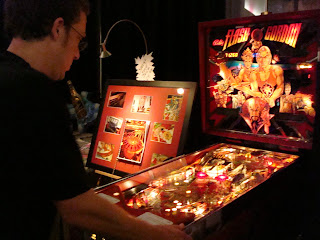 We were both impressed with this Flash Gordon one because it has been so beautifully restored. 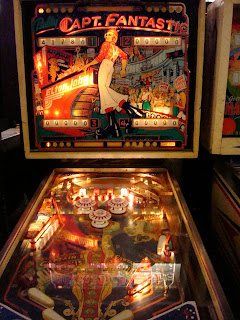 Apparently I do NOT have supple wrists because I really, really, really stink at pinball! I did get a kick out of playing some of the older games, though, like this Captain Fantastic (Elton John) wooden machine. The old ones aren't as tricked up as the newer models, and to me, they just play "cleaner." 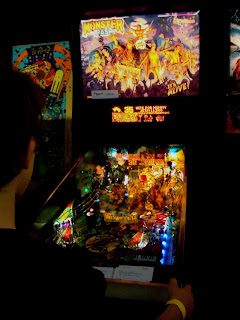 Among the four of us, the Universal Monsters' Monster Bash would probably be our favorite. If I needed to find one of them, I'd usually run into them here!

Brett, Ryan and Katie were headed back to the festival to spend all day Saturday playing even more pinball (well, except for the two hours that Brett would be signing copies of his book!). I opted out of the day-long marathon, but I'm so glad I could go on Friday night! It was an awesome way to start our... 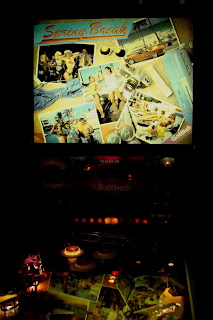 Looks like fun!! I was never any good at pinball, but I play a mean Road Rally.

A book signing sounds so cool!