This was week 7 for Upward Basketball. Both kids played their hearts out. First up was Katie's game: 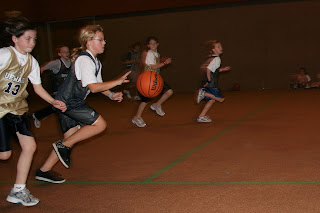 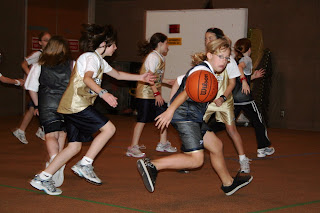 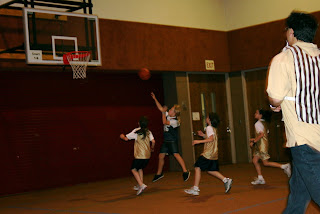 Then it was time for Ryan's game. 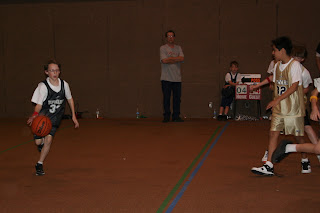 Unfortunately, several of Ryan's teammates weren't there today. Fortunately, the coach's wife found a willing sub who just happened to still be wearing her jersey: 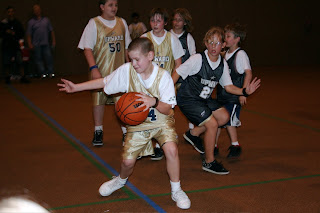 That's our fourth grade girl playing with the fifth and sixth grade guys! She and Ryan both played a great game. 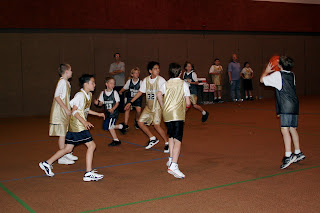 And it was so cool to see this Dub-to-Dub cross-court pass! 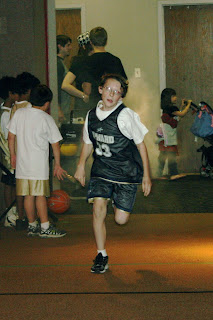 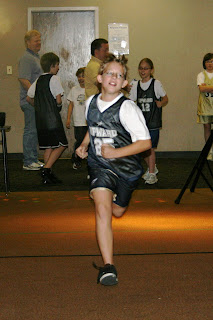