A-hunting we did go.

Even though we planned to hunt Easter eggs at Nana and Papa's later in the afternoon, Ryan decided we should also hunt a few in our own backyard to warm up. 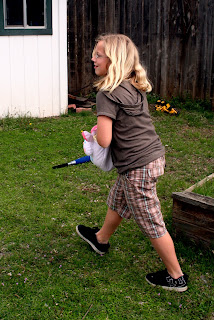 The kids humored me by using the bunny baskets they've had since they were babies. 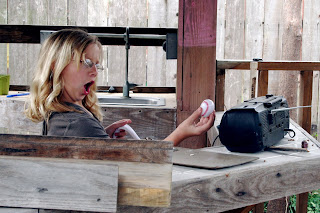 Here Katie re-enacts finding an egg in the cassette slot of our old radio. 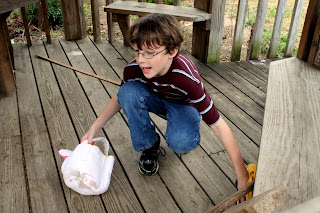 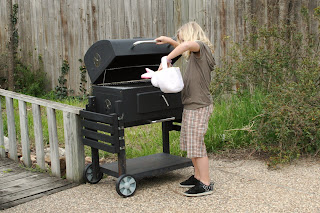 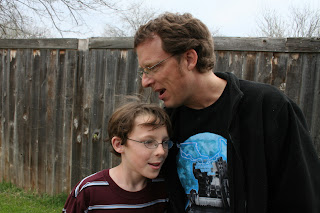 Since the kids still had one last egg to find, Ryan asked Brett for a clue. His tip? "It's in the backyard, Buddy!" 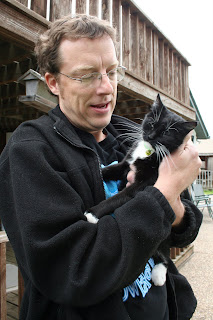 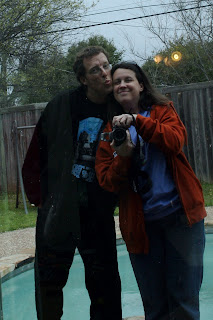 And I found a spot for another self-portrait! 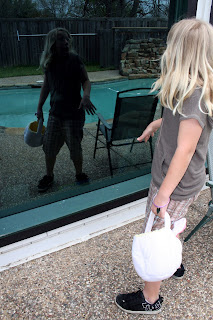 Katie took advantage of the sunroom windows, too.
Later we headed to Nana and Papa's for the traditional Easter lunch. 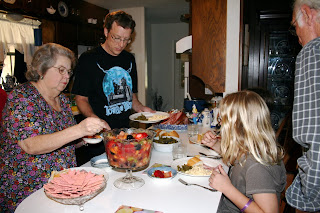 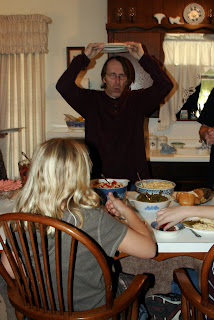 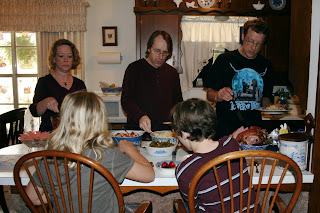 For the big egg hunt (part 2), the kids had to wait until the Texas basketball game was over (we're in the Sweet 16!!!). 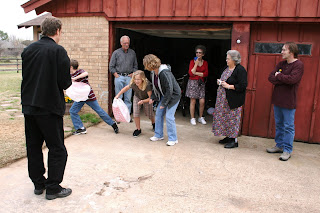 Finally, it's time to HUNT! 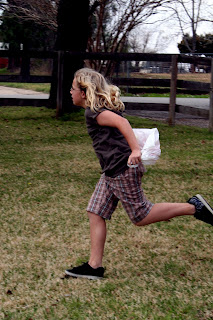 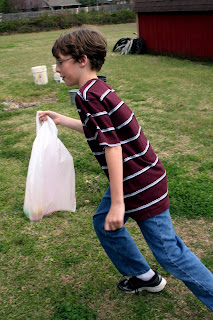 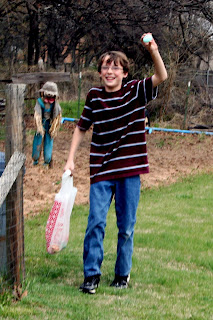 Ryan laughed when he found the "bad egg." 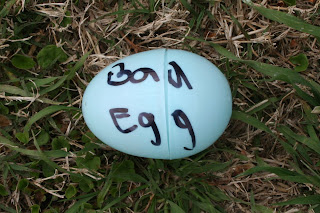 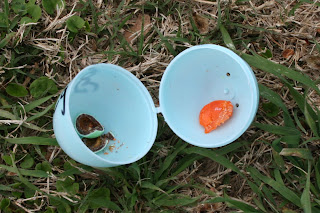 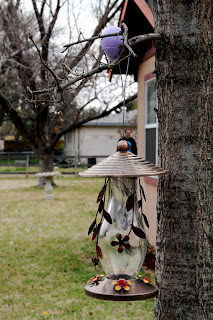 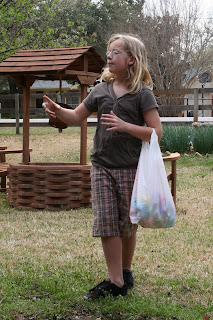 Katie entertains the family with a story. 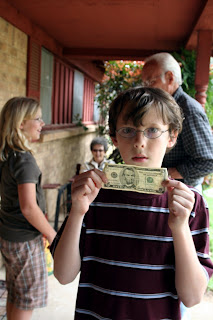 At long last and after several clues, Ryan and Katie simultaneously found the prize egg, the one egg with a $5 bill inside. 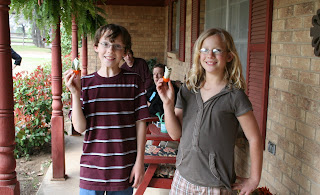 Since both kids spotted it at almost exactly the same time, both kids were awarded $5 bills!
Posted by See-Dub at 8:08 PM

your kids are so funny!

That bad egg was sooo funny! I'll have to remember that next year. That menu has me hungry right now! :)