Not new but improved. 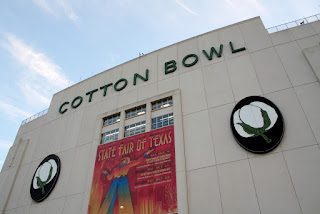 When Dallas announced plans to renovate the Cotton Bowl and add more seats, there were plenty of "lipstick on a pig" comments. This grand old stadium had seen better days. But now that we've seen these changes, all I can say is "WOW!"

This was my 22nd Texas-OU game (every year since '86 except for '97), and I've seen more than a couple of bowl games there. I feel like I know this stadium pretty well, but with these improvements, I barely recognized the old place! 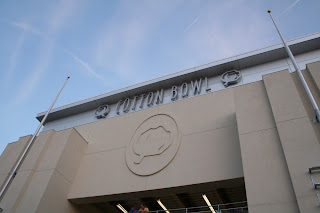 New entrance on tunnel side 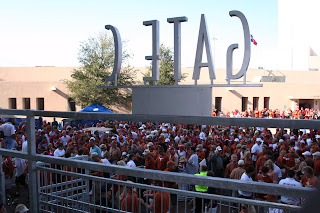 One of the gates 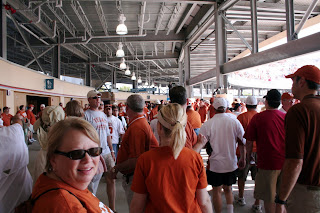 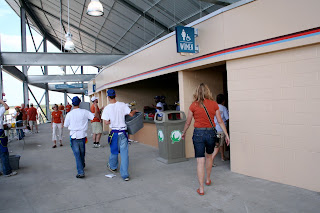 The best part: MORE BATHROOMS!
(This was one of TWO close to our seats in Section 116,
part of the new upper deck in the "lucky endzone.")

Besides increasing capacity to 92,000, these renovations made the gameday experience much more pleasant. (Did I mention the additional bathrooms?) Plus, we're hoping that because Dallas decided to do this, the Red River Rivalry will stay in Dallas forever! It's too bad the Cotton Bowl committee has already decided to move the New Year's Day bowl game to Jerry World. 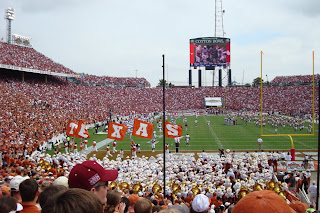 2007: Our view from the lucky endzone 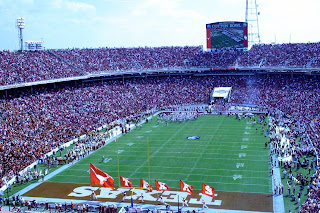 2008: Our view from the new upper deck in the lucky endzone
(New seats now connect the two sideline upper decks.)
NOTE: The blue tint is a result of my poor photography skills, not the renovations!

The addition means we have to say goodbye to the grassy knoll just outside our lucky endzone gate. 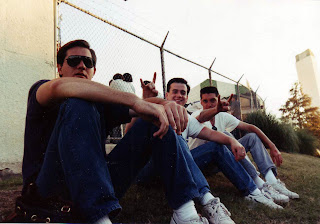 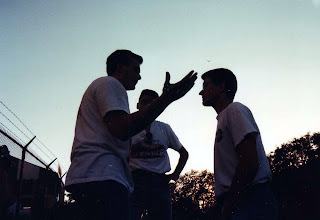 Our tradition was to meet there to celebrate or mourn at game's end. Many a game was broken down on this hallowed ground.

I'll miss the grassy knoll, but I won't miss the long lines and the decrepit facilities! 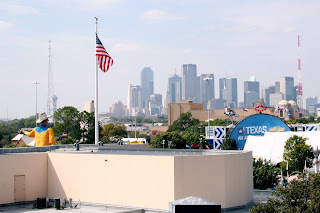 And check out this view from the new upper deck!
Posted by See-Dub at 10:57 PM