What a day! What a GAME! 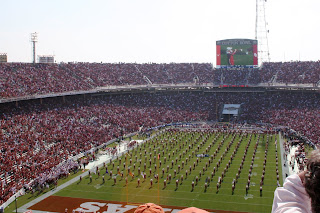 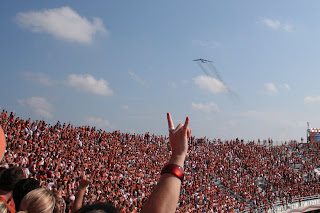 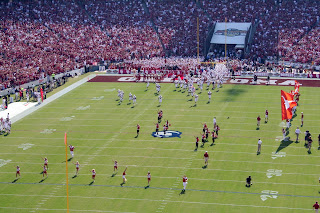 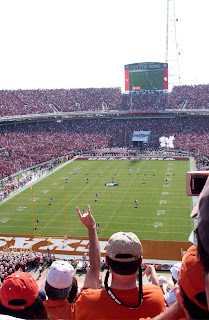 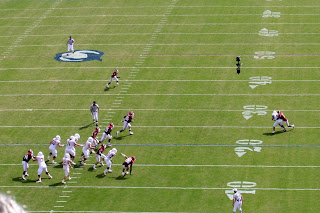 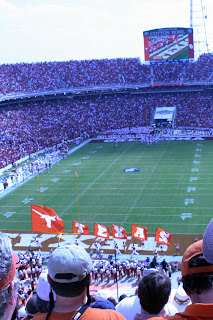 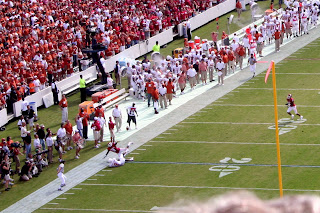 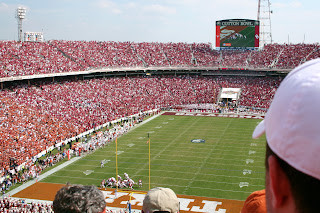 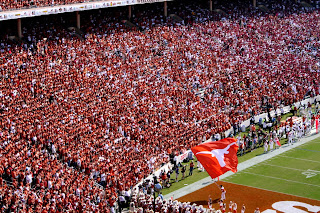 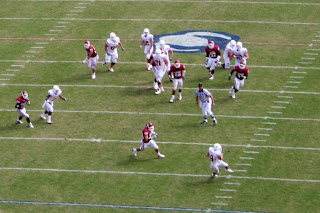 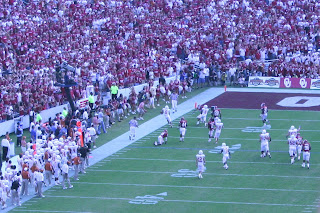 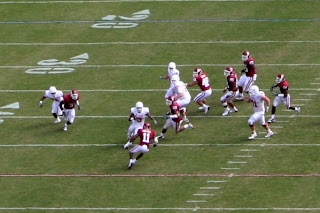 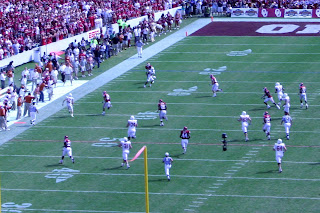 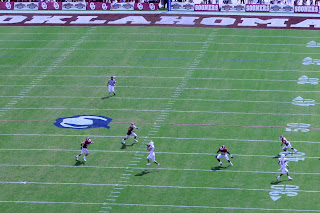 This was a wild one! Twice we were down by 11, and several times we were afraid the game was getting away from us. But the Horns held on and never gave up, even when OU's pirouetting punter took away the Horns' huge defensive stop in the fourth quarter. Our D really came to life in the second half, and our O came through with three TDs and a field goal in four of their last five possessions.

Colt was Colt. He showed why he's a Heisman contender. Jordan Shipley also had a fantastic game, and his kickoff return for a TD was HUGE in a game filled with big plays. Momentum was definitely in the sooners' favor, and his electrifying run shifted that. But another big, big play was the fourth down stop. OU was up by 1 when they tried a fake punt. The Horns stopped them and got the ball on downs. The Texas sideline EXPLODED! I can't remember the last time I saw our coaches get so pumped after a play. Well, yes, I can. It was Jan. 4, 2006, in Pasadena. 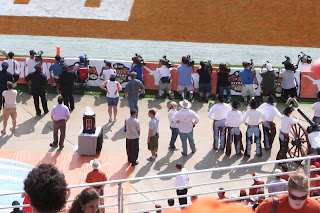 And speaking of the national championship, the crystal football was on hand Saturday. I'm not quite ready to drink the Kool-Aid; I don't dare get my hopes up that we'll be in Miami come January. We play three really good teams in the next three weeks, and anything can happen.