Too close for comfort. 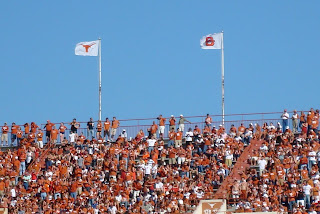 Another week, another top 10 opponent. 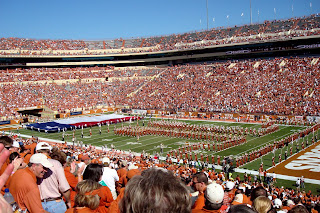 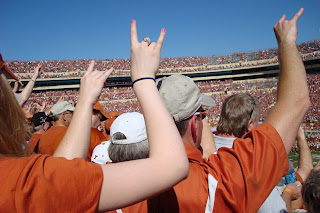 For two weeks now, I've been hesitant to celebrate too much about being number 1. Who can celebrate when there's another tough team to play? 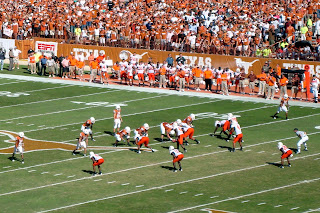 As expected, Oklahoma State was tough. 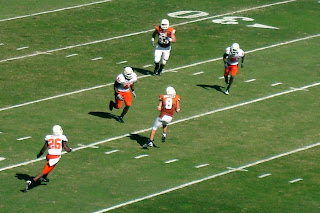 Still, through the first half, I never panicked, never thought the game was getting away from us. 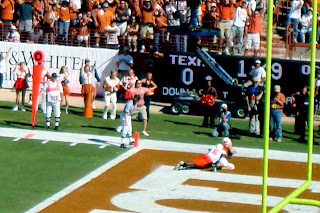 Colt was still playing some amazing ball, throwing for TDs like this one. 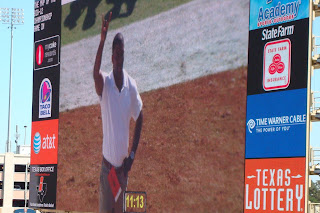 Longhorn and NFL great Priest Holmes was even on hand. 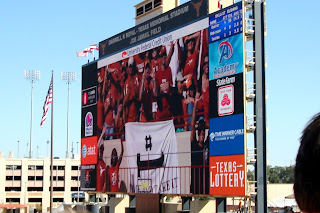 As the banner said, the #1 ranking was ours, and it's up to our opponents to "come and take it."

Well, the Cowboys almost did. Turnovers and a porous rush defense nearly ended this crazy run, but the D stepped up late in the game and saved the day—and the dream. 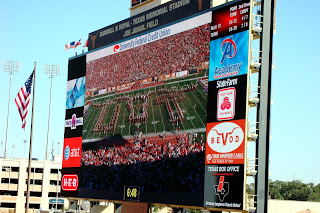 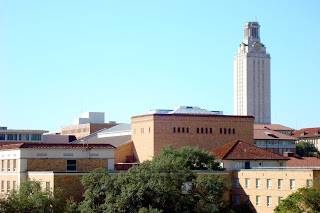 So yes, I'm thrilled to have this win behind us, but I can't help but look to next Saturday and yet another top 10 team. Night game in Lubbock? (shudder!) 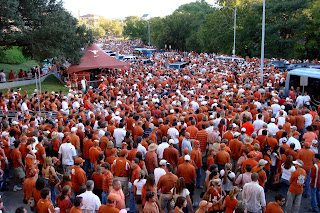 P.S. - Another record crowd was at DKR for this one: 98,500-something, the largest crowd to see a football game in the state. Last week's attendance was similar, but since that game was a blowout, many "fans" left before it was over. (I'm an "Eyes" to "Eyes" kind of girl!) Because this one was a squeaker, almost everyone stuck it out, creating one honkin' mass of humanity at game's end!
Posted by See-Dub at 11:55 PM