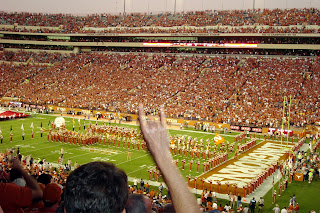 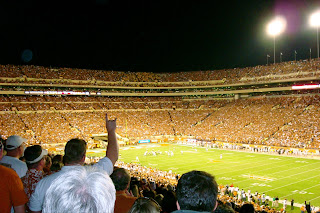 On the Tigers' first play from scrimmage, our D sniffed out their trick play. BOOM! The fun had begun! 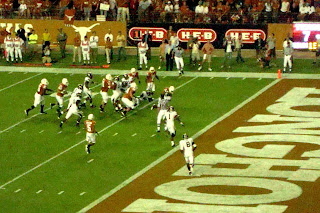 CO in the red zone 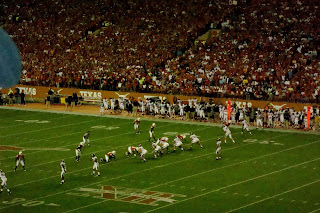 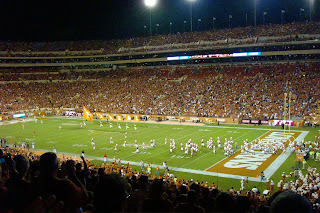 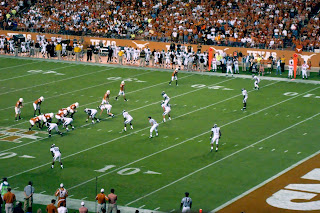 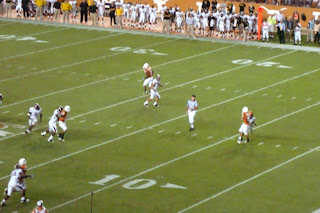 Shipley makes yet another catch 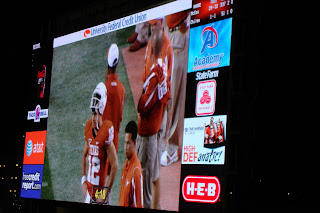 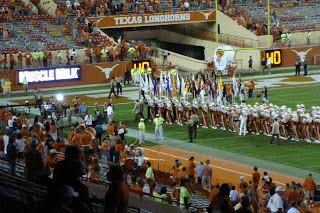 LHB serenades the Gameday crew—again!
That was fun! I was so anxious about this game all week long, thinking Missouri would be out for blood after losing to Okie State last Saturday. It was easy to imagine how the Horns might be a little flat after the huge win in Dallas, too. What was I thinking? The team put the victory over ou behind them, burying that game ball (literally). Tonight these guys were fired up and ready to live up to that ranking. Even though I don't dare book a flight for Florida just yet, I'm trying to soak in this whole #1 thing while it lasts.

How much fun is this?

Here's another sampling of the delirium that comes from being the top-ranked team: