After leaving Warner Bros. studios, we set out to find some lunch. Dede wanted to be sure we found an In-N-Out Burger while we were in town, so we made our way to the one just off the 101. 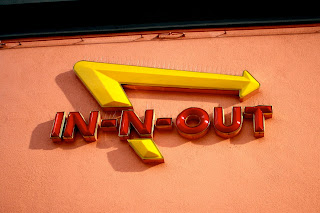 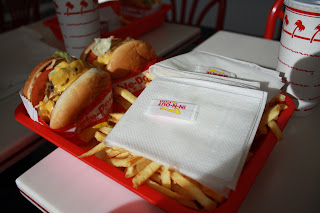 Tourists that we are, we went along with the crowd and ordered the double-double, animal style. 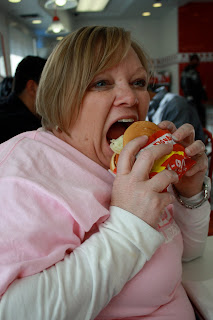 Mmmm... Tasty! Those were some awfully messy burgers, though!

Tonight as I type this, I realize that we were oh-so-close to the Brady Bunch house when we were at the Cahuenga In-N-Out! If I'd known we were in such close proximity to the Studio City home where the Brady exteriors were filmed, a side trip would have been in order!

We might've missed out on our Brady pilgrimage, but we didn't leave out Hollywood Boulevard. 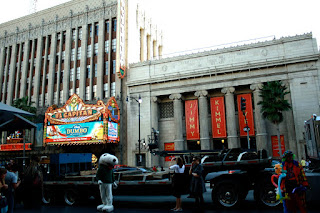 And of course, a trip to Hollywood & Highland would not be complete without a visit to Grauman's Chinese Theater to see the famous handprints and footprints: 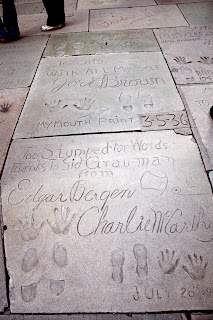 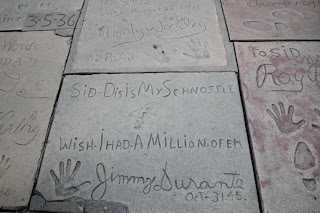 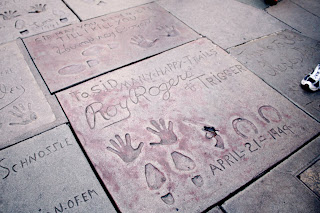 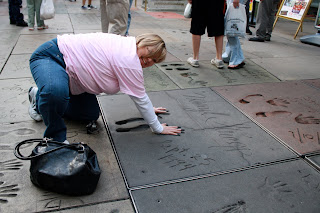 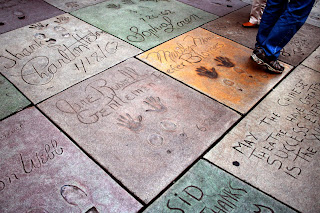 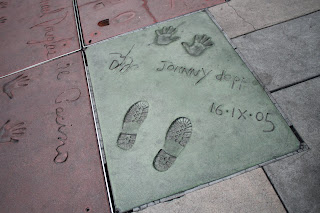 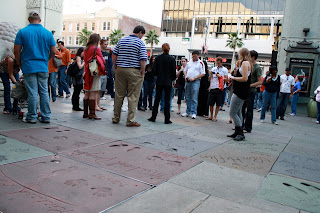 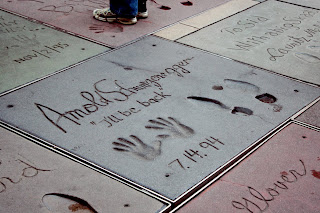 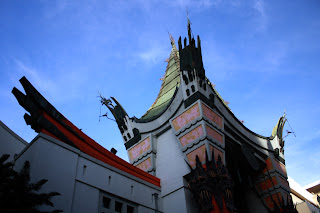 Such a cool place! I remember seeing the courtyard for the first time way back in 1978. Star Wars was playing in the theater then!

The Walk of Fame runs along Hollywood Boulevard (and other streets), so we scoped out some names. Most people kept on walking across the famous movie, TV and radio stars. 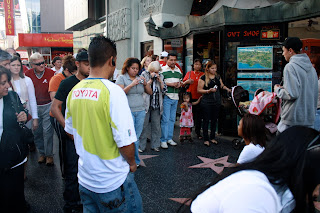 One star in particular, though, had a crowd around it. Whose could it be? 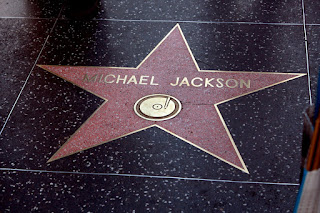 Yep! More than six months after his death, Michael Jackson's star is still drawing a crowd. 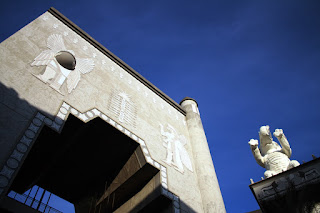 We went inside H&H to check out that shopping center and wait for Dede's cousin and his family. They live in Burbank, so they met us at H&H to visit. 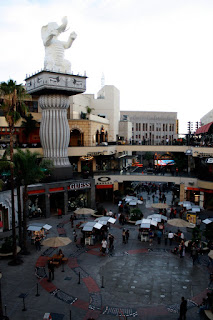 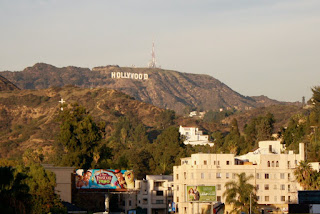 While we were there, we also got another good look at the Hollywood sign.

So the cousin's kids could play, we went on back to Dana and Kelley's house. The two little boys had a blast running around that awesome backyard while the adults visited. It was such a pleasant night to lounge on the back patio and breathe in the fresh citrus from their garden.

After Dede's family left and Kelley returned from work, it was time for one last meal with our California friends. We were pooped, so it was just a matter of deciding between take-out or home cooking. Dana and Kelley's homemade pizza beat out Indian take-out, so we feasted on the most delectable barbecue chicken and salami pizzas. 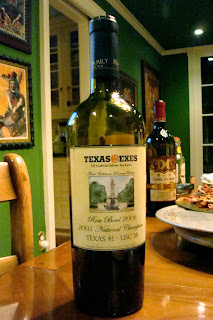 We also broke out the last of their specially labeled national championship wine. It was a perfect way to end our fabulous day in LA!
Posted by See-Dub at 9:05 PM