I know we're about a month away from Feb. 2, but I'm talking about my personal Groundhog Day. 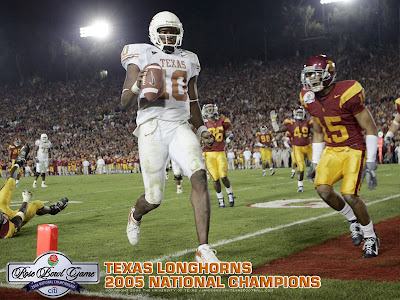 It's hard to believe it's been four years since that incredible night when Vince Young and the Horns stunned USC to win the BSC national championship.

It's even harder to believe that in 48 hours, we should be back in California! This time around, I don't have nearly the confidence that I felt in '06. But no matter what happens with the game, I know we'll have a great time with our LA friends. We get to see them so rarely; when we do get to hang out with them, it's such a treat!

And one thing I know about football: You never know! If the Horns play up to their potential (and lay off the sideline passes JUST A BIT!), we may finally get to add another year after that comma: 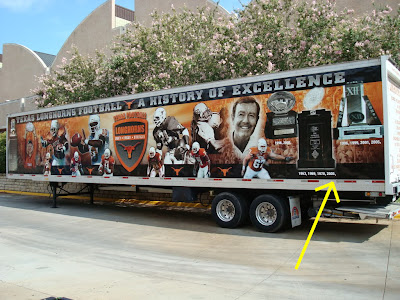