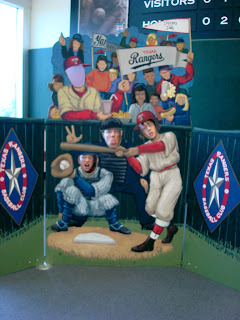 It was practically a perfect visit to the ol' ballpark. As guests of a pharmaceutical company, we started our evening at the Legends of the Game museum. 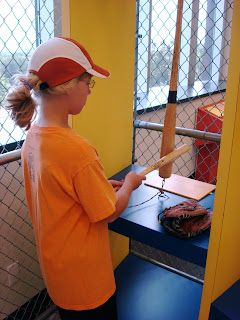 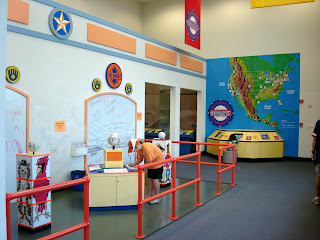 The kids enjoyed the museum's educational floor and learned about sweet spots, baseball in history, and major league geography.

Then we headed downstairs to the baseball artifacts. It was cool to see jerseys worn by the game's biggest names: 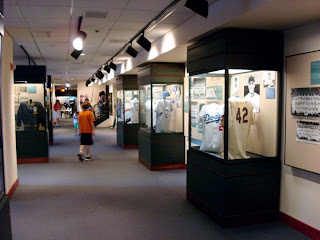 and the baseball card display was impressive, too: 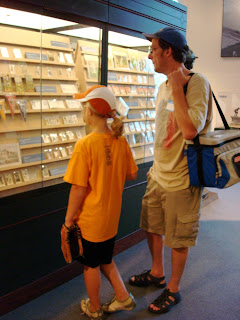 After wandering around the museum, we heard a talk about relevant health issues and were treated to a feast of ballpark food (jumbo hot dogs and burgers). Then it was off to the game! 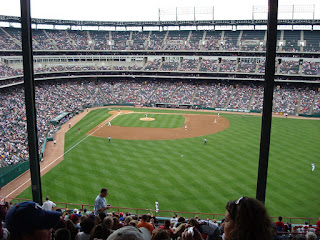 This was game 2 of the Lone Star Series between the Rangers and Astros. We couldn't get over the number of Astros fans in the crowd! 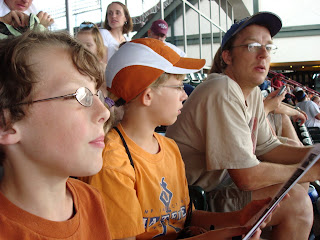 We may not have been wearing Rangers colors, but we were proud to root for the home team! It was a great game, too. The Rangers hit a couple of homers, so our record remains intact. At least one Ranger has hit the long ball every single time we as a foursome have seen the team play. (Granted, we don't get to the games all that often, but still...) 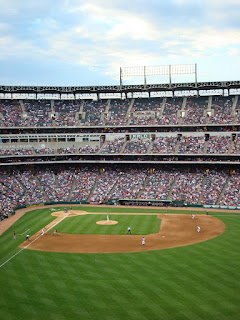 Brett and I are still marveling at the marvelous weather we've been enjoying! What an amazingly cool night for this late in May! 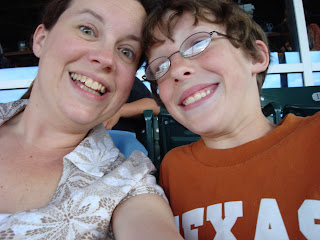 Just for grins, the kids and I had a little fun taking self-portraits. 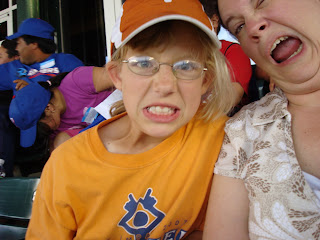 OK, make that a LOT of fun! 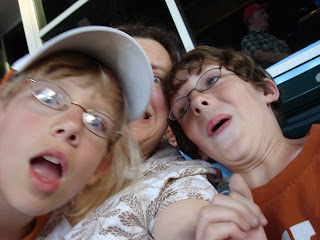 We did get just a little out of hand. 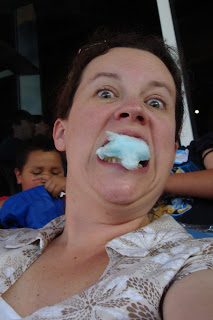 It must've been all that cotton candy. 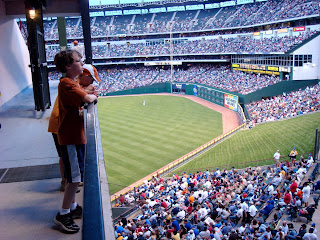 After the fifth inning, I took the kids on the requisite gift shop outing, and Katie spent her allowance on a special edition Rangers vs. Astros baseball. We also enjoyed the view from our balcony. 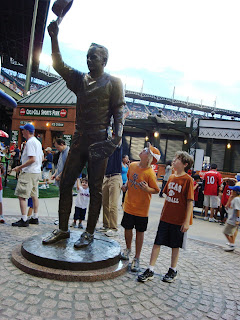 Of course, we had to pay respects to Nolan, too. It's a law. 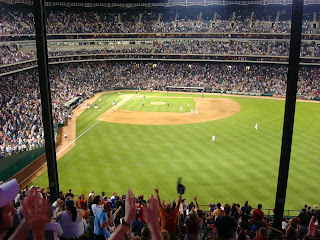 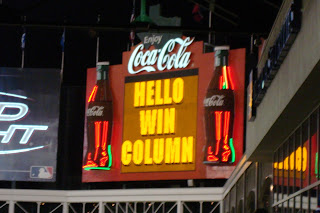 After the game we headed for the north lawn for a special post-game bonus: 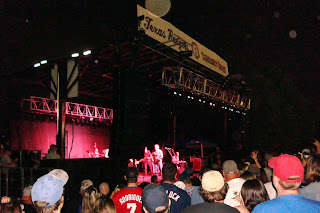 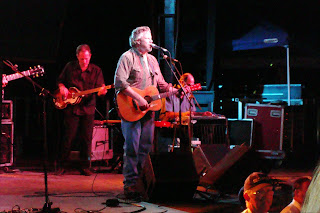 I love me some Robert Earl, and not just because he used to live with Lyle Lovett. 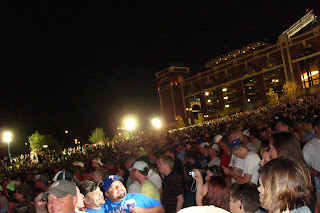 Apparently a lot of other baseball fans love them some Robert Earl, too. 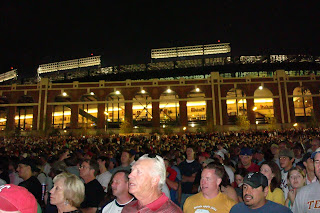 We couldn't get over the size of the crowd. And somehow, before too long we ended up on the fourth row! 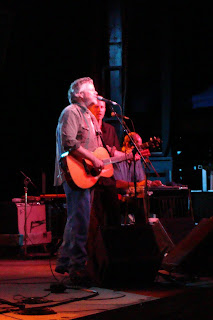 Robert Earl and his band were, like the Rangers, on top of their game. In the 90-minute-long set, he sang several of my faves, including "The Front Porch Song," "The Five-Pound Bass" and his trademark, "The Road Goes On Forever."

Like REK sings, the party never ends, but unfortunately, this practically perfect night couldn't go on forever!
Posted by See-Dub at 11:58 PM

you guys are so funny! Looks like a super fun day.