Ryan and the rest of his beginning bandmates now have their first contest under their belts! This morning they competed in the Beach Within Reach band contest at a local high school. 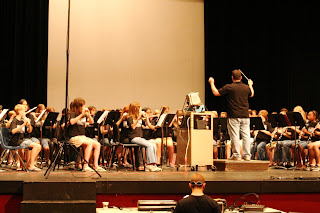 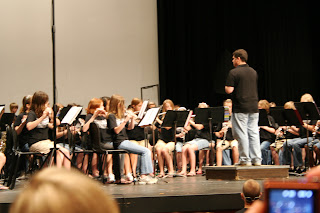 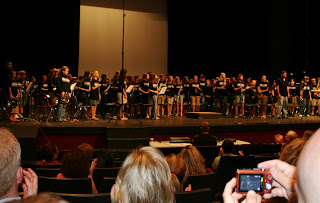 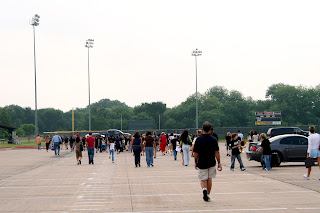 After the band's performance, the band and all of us parents traipsed across a parking lot for their first (and only) beginning band group picture. 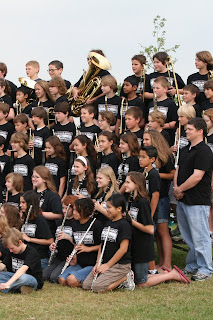 Now you see him! 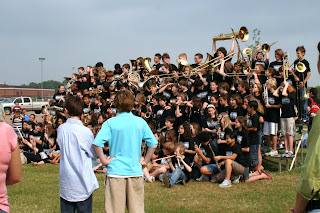 The band did a fantastic job with its three songs, and the judges must've agreed: Ryan's band was runner-up in their class! Way to go, Wildcats!

After the performance and pictures, Ryan and his band buddies boarded a bus for Hurricane Harbor where they and a jillion other band and choir kids took advantage of the warm weather.

The whole day was a great experience for Ryan, and for me, too! I learned that as a band parent, I have a very important job: 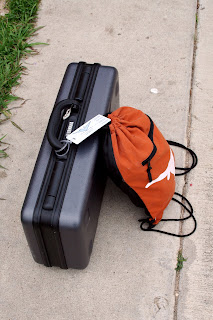 Yes, I am keeper of the case, guardian of the beach towel!
Posted by See-Dub at 8:50 PM