So yeah, the Horns lost. By a LOT. That still couldn't put a damper on this Texas-ou weekend! Like I told a friend, any day that starts with corny dogs for breakfast and ends with fried bubblegum can't be all bad. 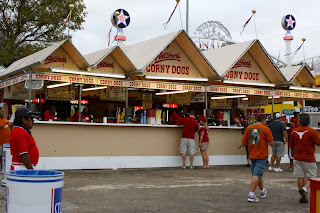 As is our custom, we were at the Fletcher's stand by 8 a.m. Breakfast of champions. 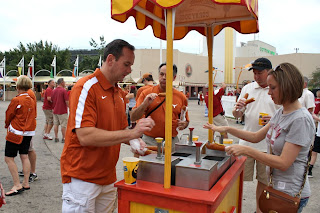 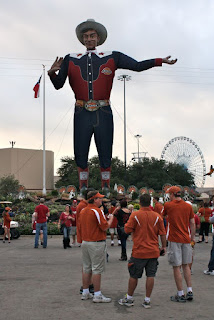 With the 11 a.m. kickoff, we didn't have too much time to see the rest of the fair, but we did swing through the car show. There we found this truck, a tribute to the first responders of 9/11: 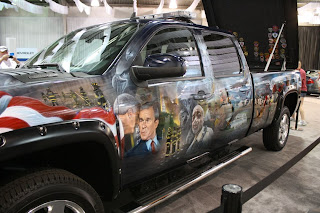 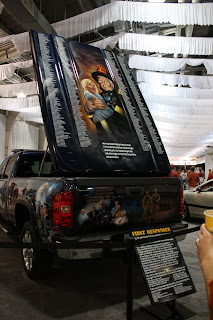 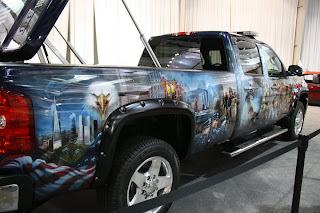 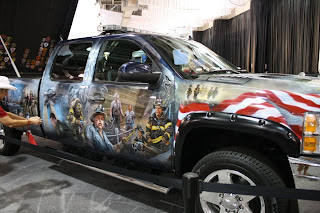 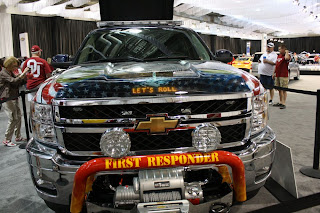 Also in that pavilion, Dede found the buffalo chicken flapjack. 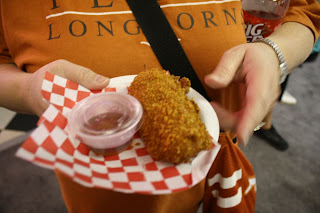 It sounded promising, but in reality? Meh.

We also spent some time around the College Gameday set. 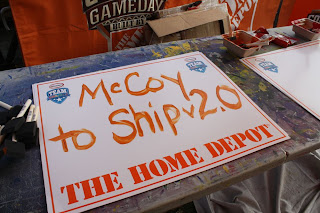 While there, I made a poster to celebrate the next generation of McCoy-Shipley. 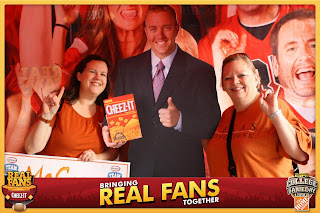 We also got to meet Gameday host Kirk Herbstreit. He was a little flat. 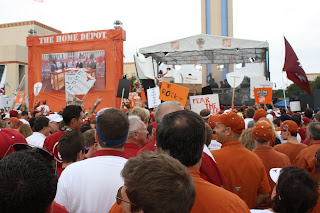 Then we stood around and yelled for the Horns anytime Texas was mentioned on the air. 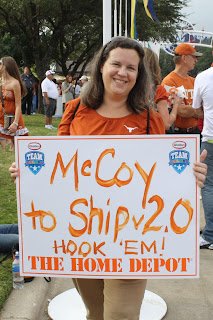 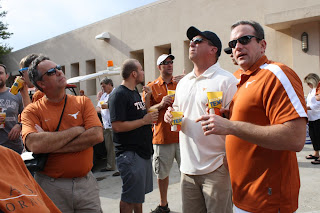 Later on, it was good to hang out with some of our tailgating buddies. 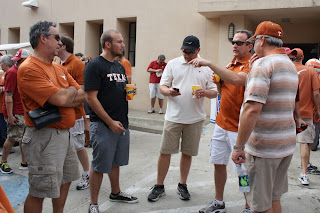 Funny how everyone knows to gather near the cheap beer booth!

Once inside the Cotton Bowl, I took in the Dallas skyline, 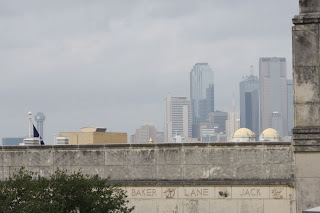 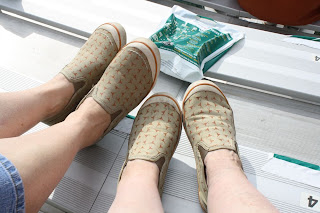 and then Dede and I compared shoes. 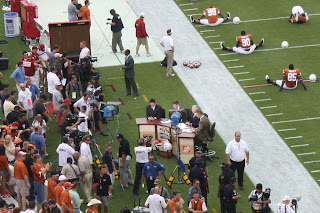 As kickoff time approached, the Gameday crew moved inside the stadium. From our vantage point we could see Blake Griffin make his picks. (Of course, the sooner picked ou. BOOOOOO! He was right, but still, "BOOOOOOOOOOOOO!")

Then there's the game and all its hoopla: 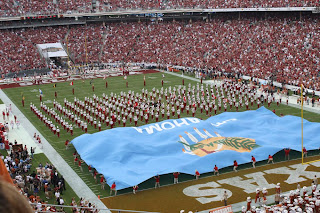 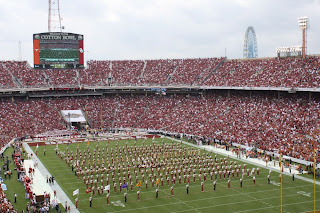 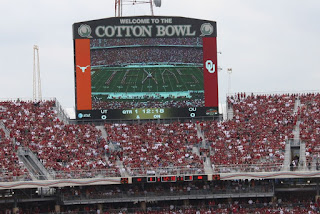 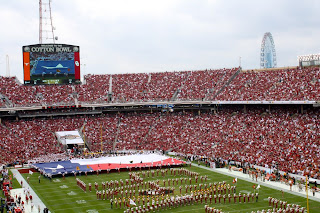 So yeah. I didn't take many actual game photos. Too painful. But after a while, since we knew we were going to lose, we were able to sit back and celebrate each (rare) first down. 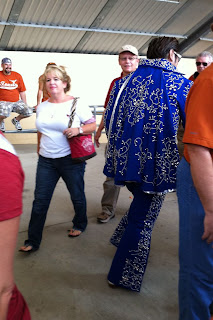 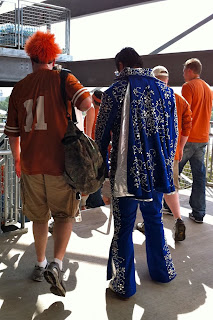 And yes, he was wearing burnt orange under that cape.

After the game, we hung around long enough to partake in the fried goodies that have made the State Fair famous: 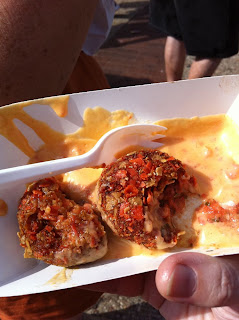 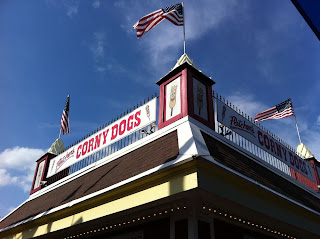 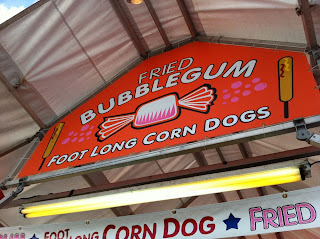 And then there's the Holy Grail of this year's entries: Fried Bubblegum. 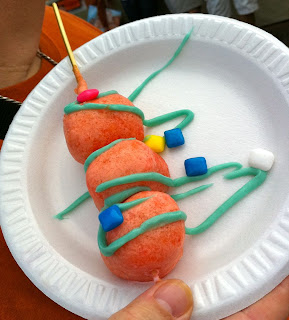 Dede didn't care for the fried bubblegum-flavored marshmallows, but I liked them!

So with our bellies full, we were on our way, another Texas-ou gameday in the books.
Posted by See-Dub at 9:30 PM