Between BOA prelims and finals, Katie and I drove across town to Six Flags. 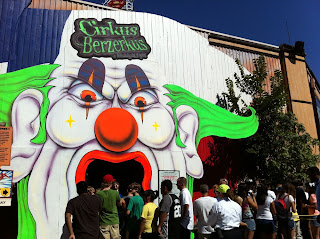 We thought this was the first of a couple of Fright Fest visits, but with our crazy schedule, this turned out to be our only Six Flags trip this October. The park was super crowded, but we arrived just as the haunted houses were opening, and that was Katie's numero uno reason for going in the first place. 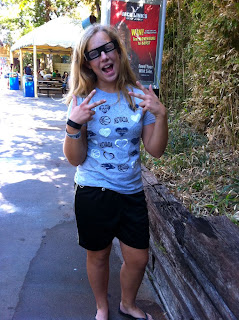 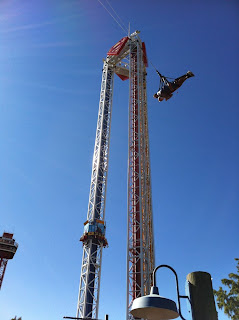 I don't do haunted houses, so I rode the Superman while Katie walked through a couple of houses. (I did NOT do the bungee thing, however. That's a whole other level of scary!) 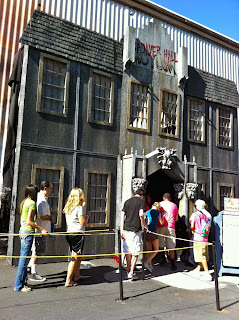 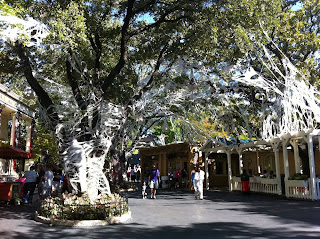 Before heading back to the bands, we took in the Arania's Nightmare show at the Southern Palace and checked out the creepy decorations. 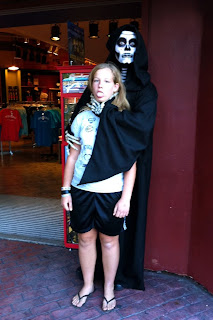 Even though it was a quick trip, our time at Fright Fest was to die for!
Posted by See-Dub at 10:02 PM