My drive to Austin began with plenty of quality time on I-35! At least I had some cool rides keeping me company, like this orange Corvette with Longhorn flags and license plate: 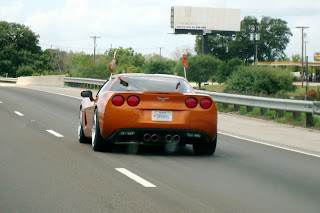 Of course, we had our tailgate, which WASN'T so cool. The company, food and entertainment were outstanding as always, but it was H-O-T today! 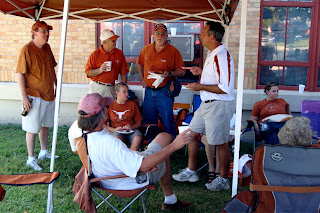 The heat and humidity didn't keep us from eating well. On this week's menu were fajitas... 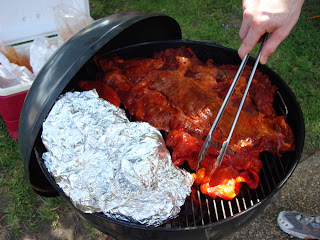 and in honor of the Horned Frogs, FROG LEGS! 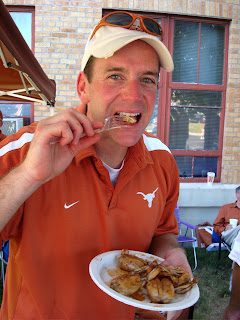 Everybody had to at least taste the frog legs, including this random TCU fan who happened to walk past our tailgate. (He was a good sport!) And yes, frog legs taste like chicken. 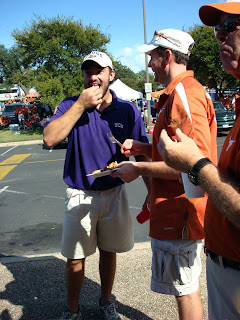 Frog legs were a tailgating first. Another milestone: After dealing with fuzzy broadcast reception, we finally got a satellite feed this week! 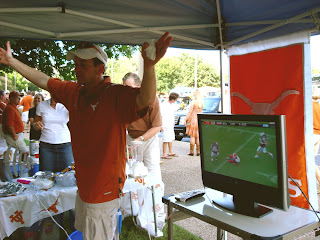 We headed to the stadium earlier than last week and made it there in plenty of time for the pregame festivities. As expected, there was a huge crowd for this match-up. There were TONS of Frog fans there, including several right in front of us. 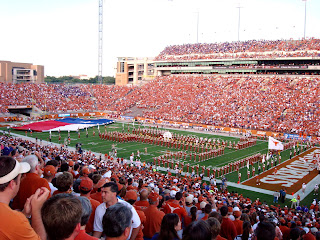 I cannot tell a lie: After last week's game, I REALLY thought we'd lose this one. Down by 10 at the half, I was worried. But once we got rolling in the fourth quarter, it was all good! 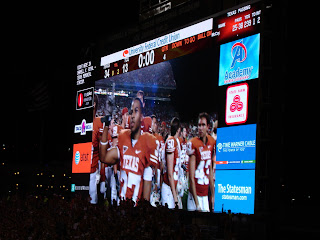 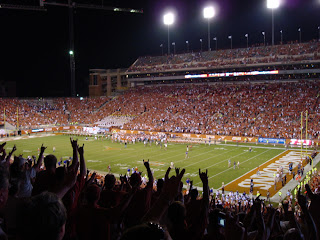