After a full day of shopping, touring and tailgating, we were a little tired but really ready for some football! 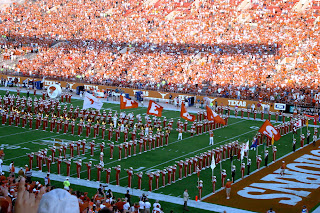 Of course, Colt and Co. played a great game, and this one was just fun all around. No nail-biting this week! 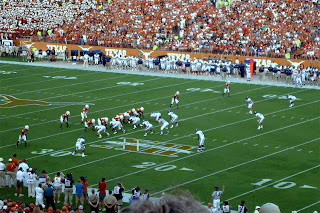 In the second half, we got a great glimpse into the future of Longhorn football when John Chiles played QB and for at least one possession, every Longhorn on the field was a true or redshirt freshman. 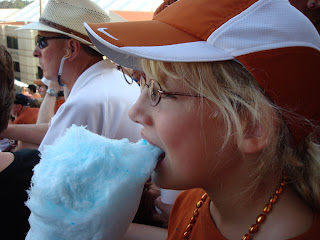 As expected, at halftime the M.O.B. (Marching Owl Band) parodied our players' run-ins with the law. They formed our traditional block T, but instead of having players run through it, they drove "police cars" in to arrest orange-wearing players: 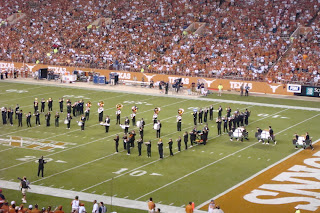 The LHB followed that performance with its classic Wall-to-Wall Band, another oldie but goody (like Script Texas): 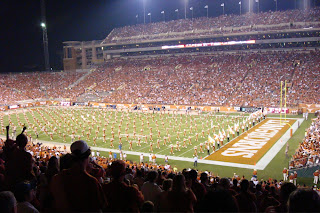 And then there was Shotgun Texas: 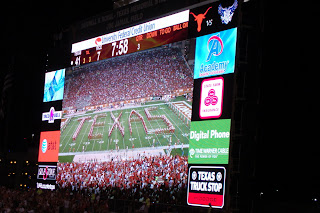 By the time victory was won and "The Eyes" were sung, I had two bona fide Longhorn fanatics on my hands! The big 58 points put up by the Longhorns and all that blue cotton candy sure made these guys crazy! 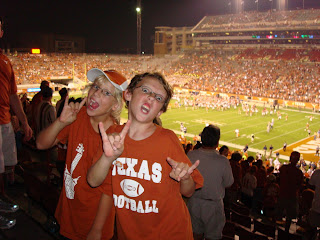 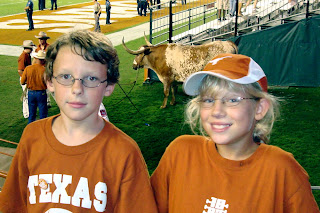 THANK YOU, Dede and T, for letting Ryan and Katie come to a game this year! They had a blast, and the brainwashing indoctrinating training-them-up-in-the-way-they-should go just may pay off yet.

Before heading back to our hotel, we went back to the tailgate to catch--yep!--more college football on TV. We saw the end of 'Bama/UGA in the glow of our new Longhorn lights. 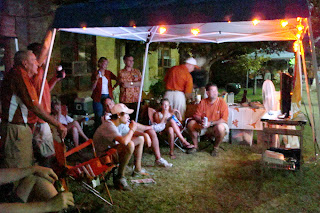 And there you have it: Another fantastic football Saturday!