We had a big crowd for this tailgate thanks to the influx of K State fans. They really do travel well! 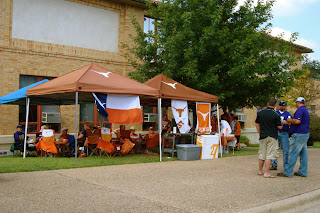 And even though it's the end of September, it was a HOT day! 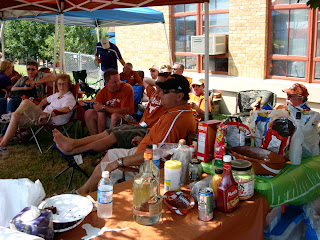 Thank goodness we had our own air-conditioning system. A little spritz from the water bottle by the fan = instant COOL. 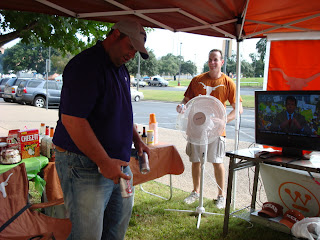 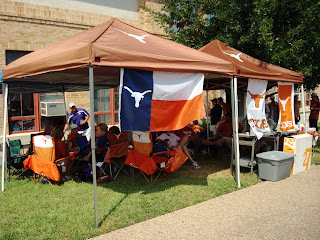 In addition to visits from K State fans, we also got to see some college friends and their young-uns. 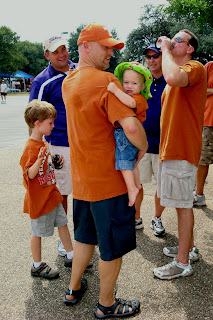 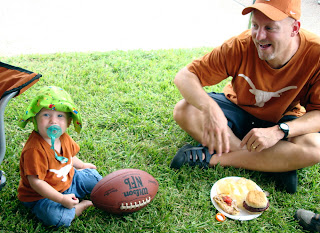 As much fun as we had at the tailgate, we should've recognized the message the grill was trying to send us about our game with Kansas State. This old standby, which has served up frog legs, sausages, ribeye steaks and countless hamburgers for tailgaters, arrived at our spot a little wobbly. 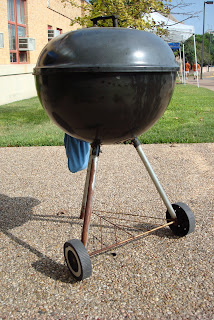 Before too long, it was obvious that this grill had seen its last charcoal. It ended up in pieces, splayed across the grass--all too much like our team later that afternoon. 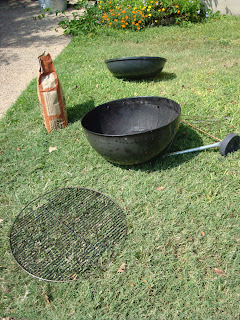 Fortunately, one of our loyal tailgaters--the same one who has provided and lugged the grill for each of these tailgates--came through with a brand new grill to replace his old one. Voila! 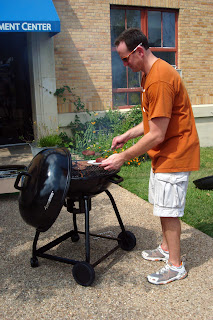 It was assembled in record time, which was a good thing, too, since we had about 40 people hungry for burgers and grilled chicken sandwiches. 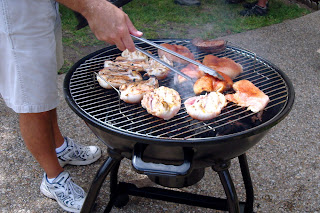 Also on the menu: KitKat bars in anticipation of our devouring of the Wildcats. 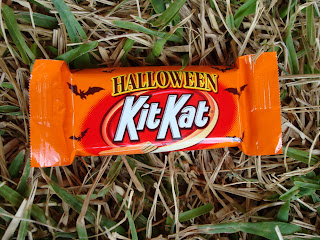 Email ThisBlogThis!Share to TwitterShare to FacebookShare to Pinterest
Labels: tailgating

hey can i have your email address?