Ryan and Katie weren't too crazy about the idea of spending several hours tailgating before the game. It didn't take them long, though, to figure out that this gatin' thing ain't so bad!

Since dinner was still a ways off, the kids indulged in a quick snack of Lunchables "goodness" when we first arrived at our spot. 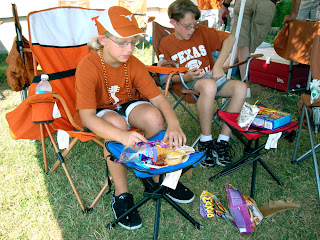 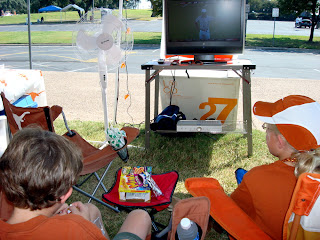 Then we got to play the new addition to our 'gate: Tailgate Golf! What a great game! I wasn't awful at it... 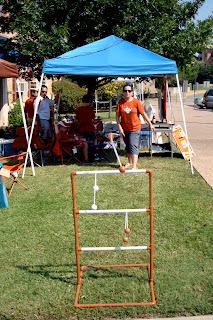 ...but Ryan and Katie were really good! 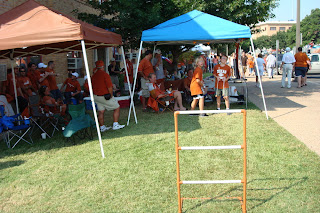 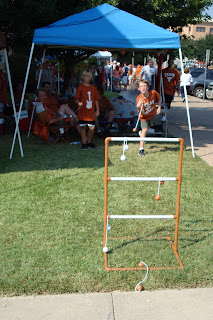 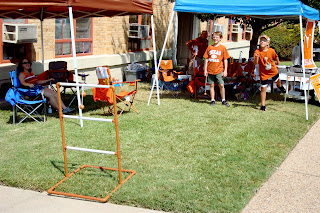 We had numerous match-ups throughout the afternoon. Anne tailgated with us a little bit, and then later, we were joined by Dana and Kelley. For one Tailgate Golf challenge, Kelley and Ryan had a friendly wager: If Kelley won, Ryan would have to go to A&M. I wasn't too crazy about that bet, but RYAN WON! Whew! That was a close one! 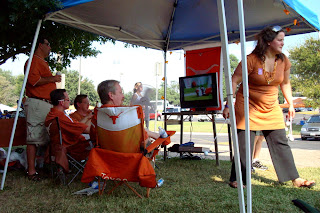 It's always good to sit back and visit with our friends, but it was an extra-nice treat to spend time with Dana and Kelley. Since they live in L.A., we don't get to see them nearly as often as we'd like. Ryan and Katie were delighted to reminisce with them about our visit to their home last summer. 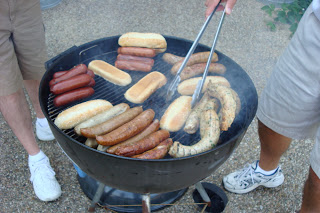 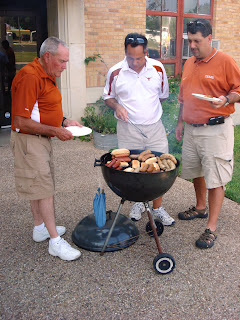 We had a big crowd for today's festivities: 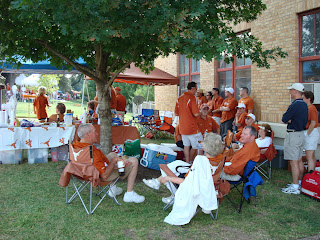 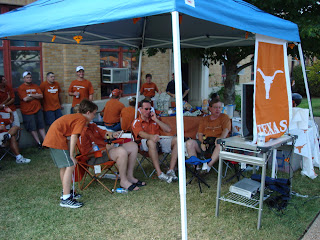 And everyone enjoyed the special dessert: Rice Krispie Treats! 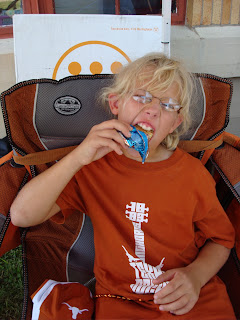 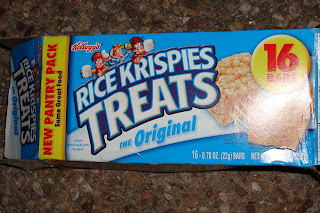 Get it? RICE Krispie Treats? (What else could we do to acknowledge this week's opponent? The Asian market that had the frog legs doesn't carry owl meat! And fried rice? Too obvious. I shudder to think what might be on the menu next week when the K State Wildcats come to town.)
Posted by See-Dub at 11:50 PM

Too funny!! I can't wait to see what is on the menu next!