The family that plays together... 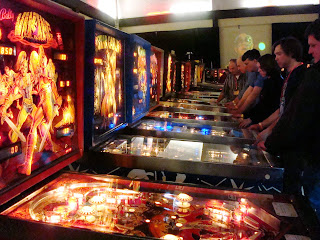 The Texas Pinball Festival was back in town, which means the Dubs were back to playing pinball! Just like last year, we all went to Grapevine Friday night to take on all those games set to free play. 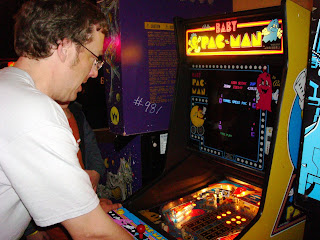 Brett spent most of Friday night with Baby Pac-Man, a hybrid video game/pinball machine. I thought it'd be perfect for our future gameroom, but since that gameroom's still just a twinkle in our eye, we left that cabinet there. 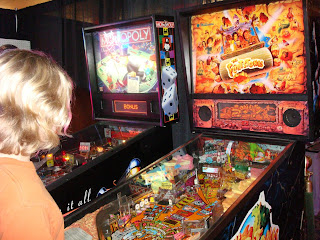 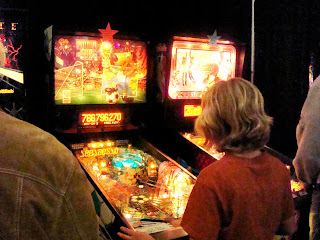 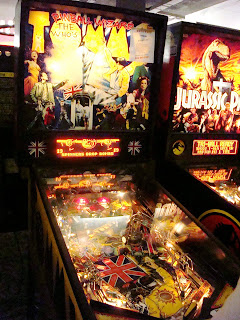 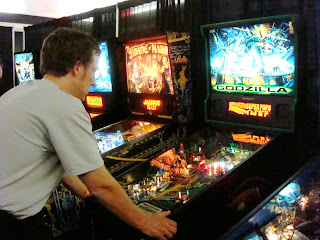 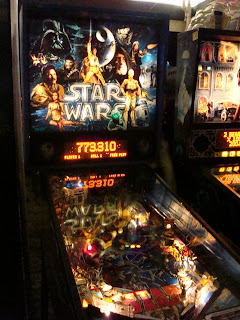 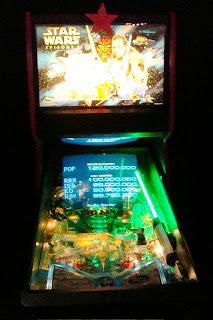 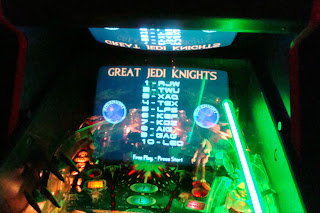 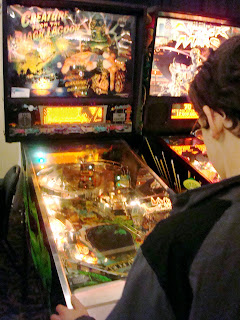 Creature from the Black Lagoon (a.k.a. the Critter) 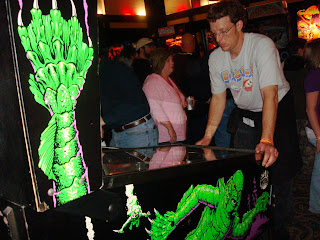 ...and its side cabinet art 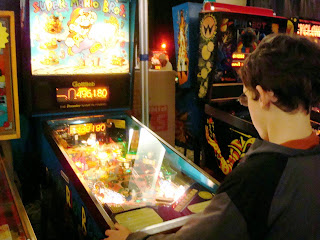 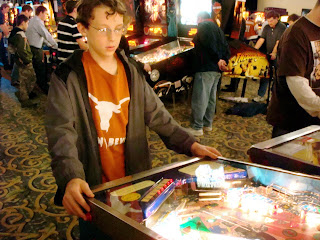 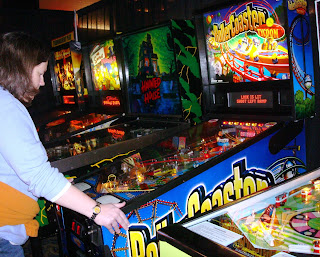 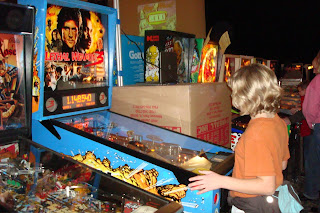 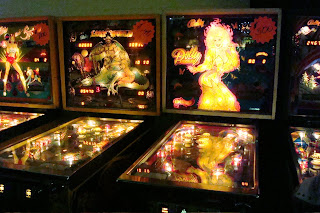 Some older machines, including Dolly Parton
(Brett and his brother spent tons of time with Dolly—
the pinball version—when they were growing up) 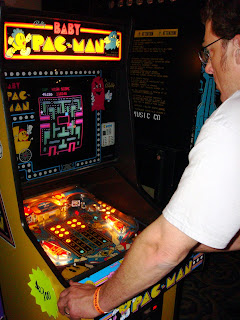 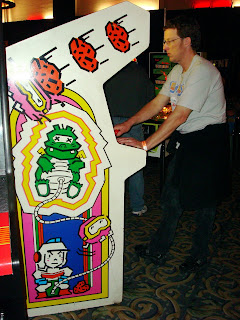 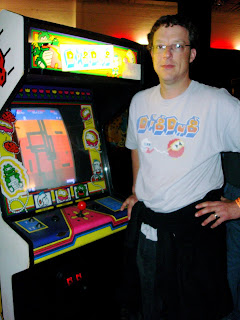 On Friday night, we spent more than five hours playing pinball. (Well, except for me. I excused myself to the sports bar in the lobby to watch the last part of the Texas-Baylor Big XII tournament game. I should've stuck with the pinball.) 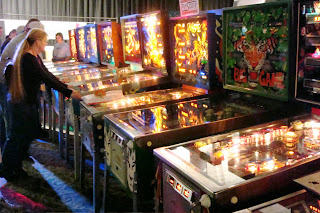 Then on Saturday, Brett and Katie headed back to the convention, ready for a full day of gaming. There was one close call: the power went out at one point, and Brett told Katie that if the electricity didn't return within five minutes, they would have to leave. After 4 1/2 minutes of quiet, the power—along with the pinball marathon—was back on!

Except for dinner breaks, they were there from 10 a.m. until the festival shut down at 2 a.m. Sunday! Wow!

P.S. - The kids and I thought these trees were cool, especially in the mist! 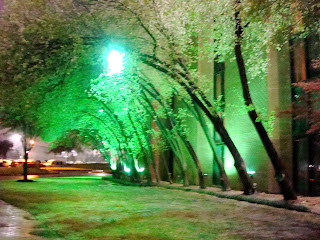