Music in the morning. 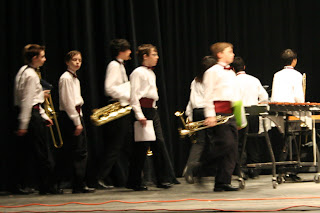 Ryan and the rest of his bandmates were up and at 'em early on Saturday morning. 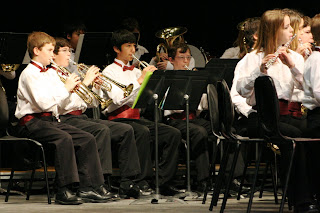 His middle school band participated in a pre-UIL concert/sightreading contest at a local high school. 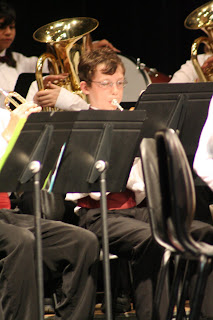 We were excited that we were able to sit where we could actually see Ryan! Since he plays trumpet, sometimes it's hard to position ourselves so we can see him back there behind the woodwinds. 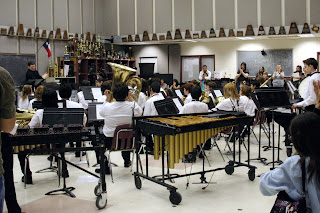 I was also excited that parents were allowed to watch the sightreading part of the contest. It was interesting to watch his band director walk the band through this piece that they'd never played before. I don't remember having an audience when my middle and high school bands (way back in the day) had to sightread, so that was cool!

We were glad to hear the band perform, and it was a great way to start our busy day.
Posted by See-Dub at 10:12 PM