When we left Nashville, we had a big six-hour drive to get to our next stopping point, Dublin, Virginia. We knew we'd need a break somewhere in there, so we stopped in Knoxville, home of the University of Tennessee and location of the 1982 World's Fair. 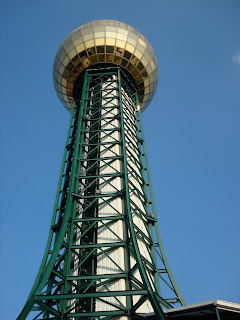 The Sunsphere is one of two structures remaining from that fair, which has been the subject of much ridicule for its disappointing returns. When we arrived at the old fairgrounds, we were pleased to find out it was free to ride to the tower's observation deck, where we saw pictures of the fair. 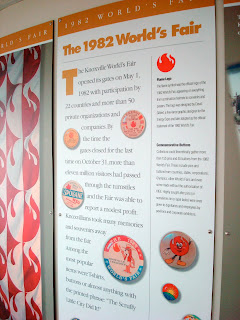 Not surprisingly, the text here didn't criticize the planners' efforts. In fact, it mentioned the steady attendance and all the fair's successes. 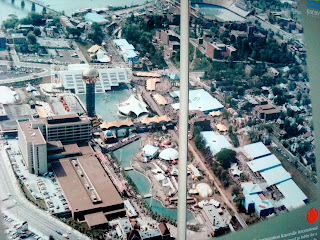 All of this brought back a flood of memories because my parents, cousin and I visited the fair in '82. I was 14 and between middle and high school that summer. Here are some of my snapshots from back then: 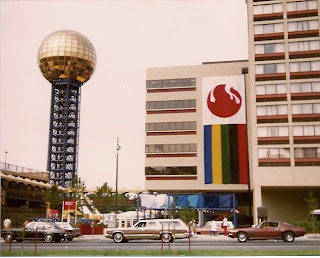 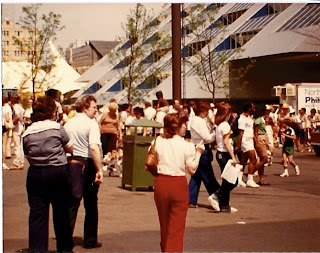 My parents and cousin on our way to the solar-powered Australia pavilion. (Energy was the theme that year.) 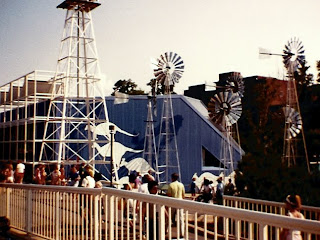 More of the Australia pavilion (with another energy source) 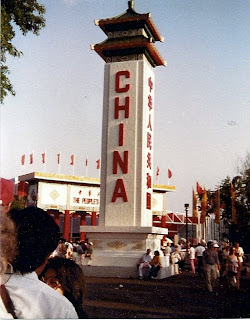 The China exhibit was popular, 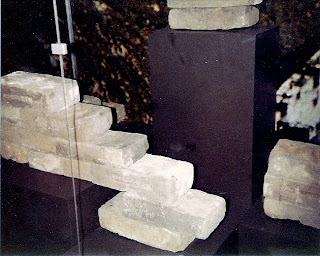 especially this display with bricks from the Great Wall. 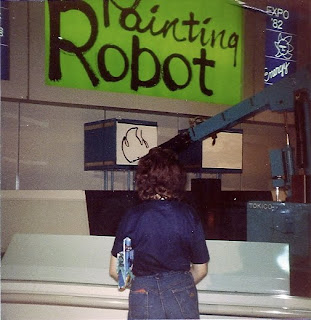 In the Japan section, a giant robot painted pictures for visitors. I waited FOREVER to get my fair logo painting! 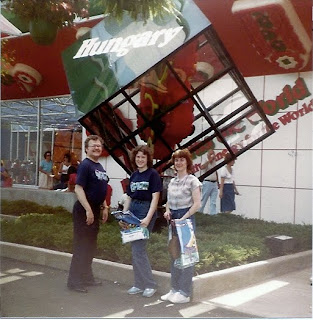 Hungary made use of its most famous export at the time, the Rubik's Cube. 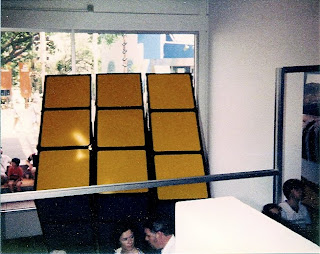 ANYWAY, back to 2010. These days you can see little evidence of the fair from the Sunsphere's vantage point. 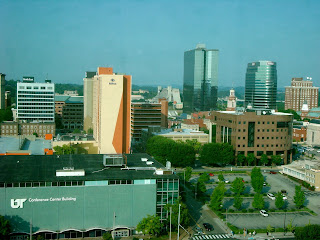 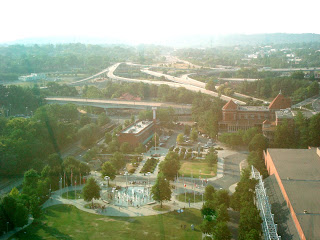 The Court of Flags Fountain 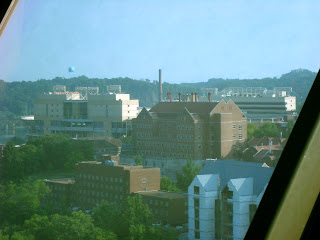 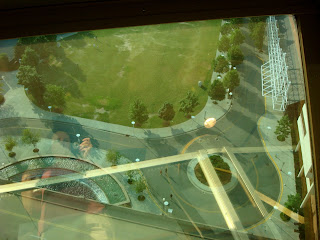 Brett, Ryan and Katie on their way to the fountains 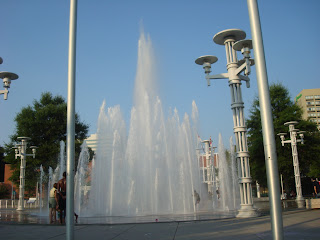 The Court of Flags fountain was impressive! Water would shoot up several stories. It was just too tempting for Katie, so she got into her swimsuit. 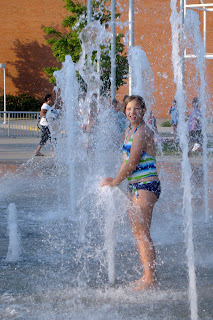 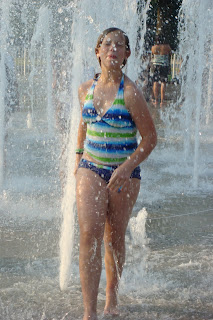 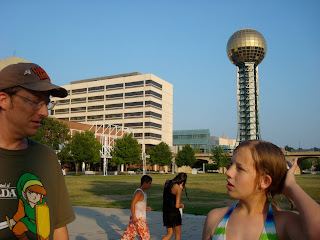 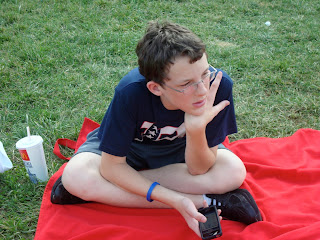 Even though he didn't get wet, Ryan enjoyed the break from driving. 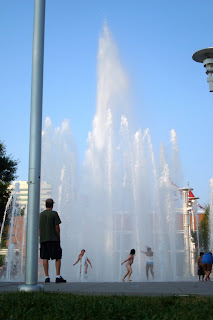 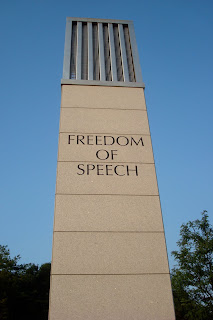 On our way back to the car, we walked through the East Tennessee Veterans Memorial. It was nice to see the reminders of why these men and women fought. 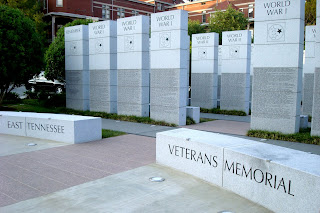 With that stop behind us, we were on our way to Virginia!
Posted by See-Dub at 11:50 PM