After our visit to Ford's Theatre, we made our way to the destination I was most excited about seeing: the Newseum. Talk about journalism heaven! Unfortunately, because of our date with the Capitol, we didn't get nearly enough time in the Newseum before we had to make the hike to the Hill. Fortunately, though, I'm married to a very wise and thoughtful man who was willing to rearrange our schedule so Katie and I could return to the Newseum the next day. Both visits were incredible, so the Newseum gets its own post!

ANYWAY, back to Monday...

Because we were making the most of our time at the Newseum, we really had to hustle to make it to the House office building in time for our Capitol tour. It's funny how I imagined us leisurely strolling around the grounds, snapping picture after picture of our seat of government. In reality, we were practically jogging when I managed to take this one shot: 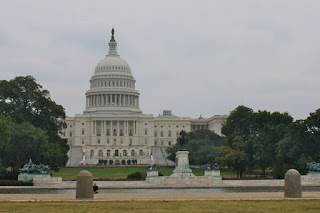 We made it to our congresswoman's office just in time, and one of her interns walked us through security and through the public areas of the Capitol. 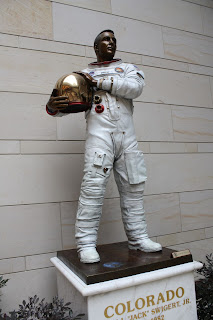 We started in the new(ish) Capitol Visitors Center. What amazed me was how very crowded it was. I know, I know—we were there during SUMMER. Still, my memories of the Capitol from previous visits did not include the masses. 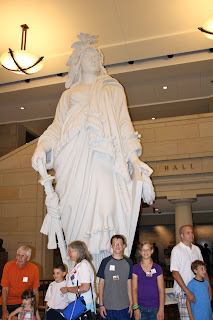 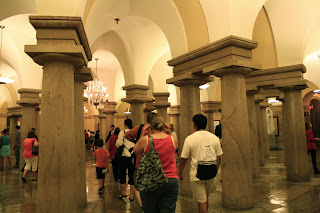 All around us were huge tour groups following their guides. We were happy to have our congressional escort to give us a more personal tour for just the four of us. She started by taking us into the Crypt to the center of the Capitol, 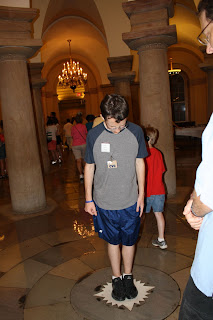 which is also the center of the District of Columbia. 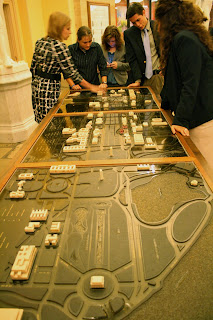 There in the Crypt we saw a model of the District, 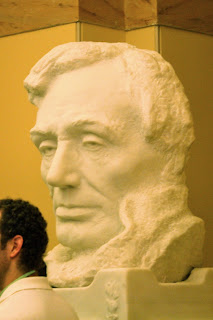 and this symbolic statue of Abraham Lincoln. The crypt is filled with large stone columns that support the weight of the rotunda floor and the dome above. 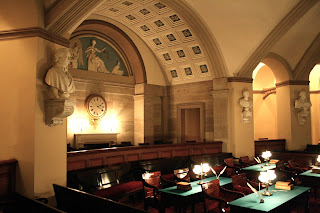 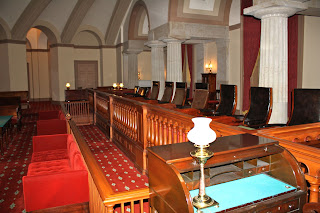 and the former Senate chamber: 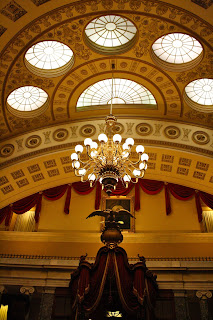 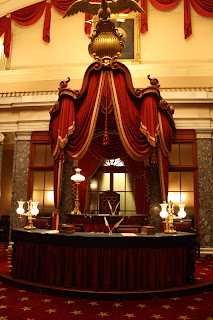 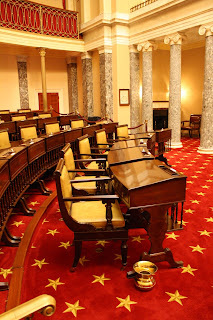 Then we made it to the rotunda. 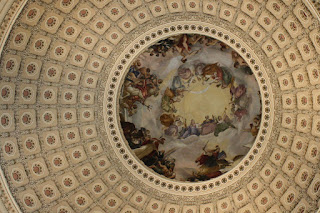 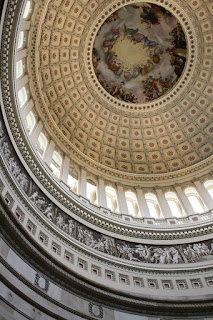 After seeing the Texas Capitol's rotunda hundreds of times, it was fascinating to see the detail of this structure. Like everyone else, we were compelled... 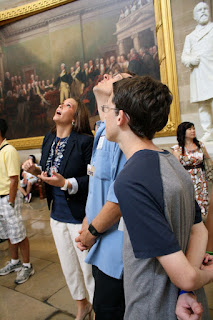 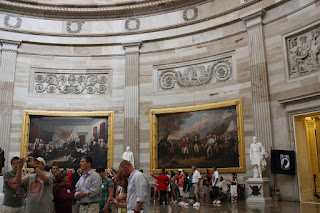 Then we had to look around... 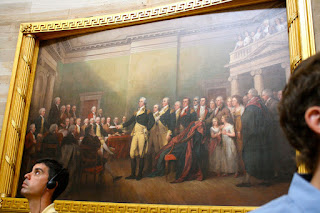 to see the great works of art that line the perimeter. 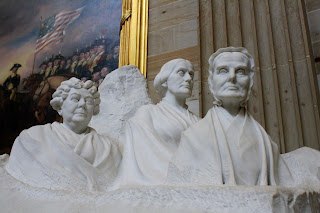 I was pleased to see an acknowledgment of some of the many women who helped make this country great. 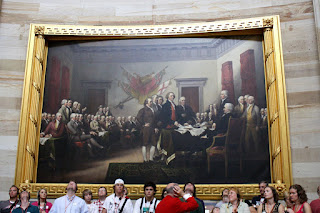 And especially just a few days after our visit to Monticello, it was good to see the signing of the Declaration of Independence represented.

After that we walked through the statuary hall. This space used to be the House of Representatives chamber. 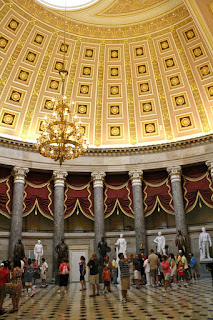 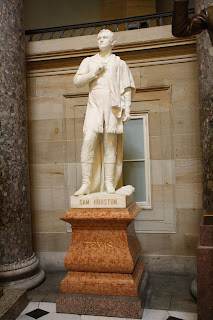 Each state has a statue representing it somewhere in the Capitol. Some of the statues are in locations inaccessible by the public (isn't that kinda sad?), but ol' Sam was in plain view! 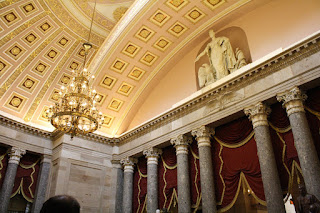 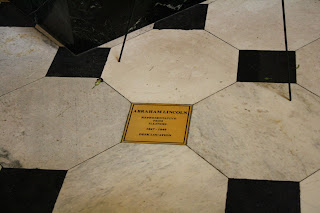 Plaques marked where famous Americans sat during their tenure in the House. 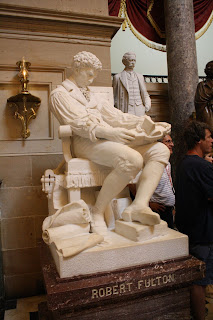 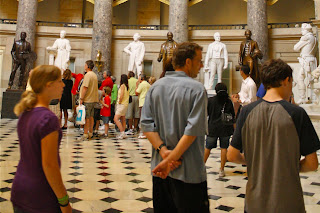 It's pretty cool to hear the acoustics in that semicircular room, too. It's known as a whisper chamber because in certain spots, you can clearly hear conversations on the other side of the room. John Quincy Adams used to sit at his desk with his head down, and when people thought he was dozing, he was really eavesdropping on his colleagues! 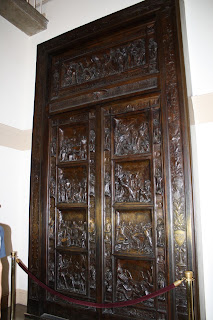 Near the end of our guided tour, we saw this massive door. It was intended to be installed elsewhere in the Capitol, but because of its size and weight, it couldn't be moved. I'm sure there's a joke about government inefficiency somewhere in there...

When our tour ended, our intern gave us our gallery passes so we could see the House and Senate chambers. This meant surrendering all of our stuff (phones, cameras, bags, etc.) so we could sit in the gallery. This was a far cry from my last visit to the House, when I got to walk on the House floor and sit in the speaker's chair. This time, we just watched a student group (they looked like pages) on the floor. Although Congress was reconvening after the Fourth of July break, there was no floor debate for us to watch.

Although we had Senate gallery passes, we passed (hardy-har-har). Instead, we took the tunnel from the Capitol to the Library of Congress. It was overwhelming to go from one architectural wonder to another!
Posted by See-Dub at 10:40 PM