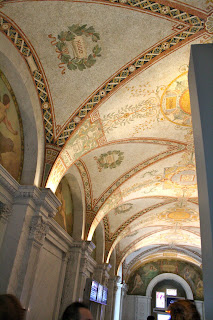 This was our last landmark to visit at the end of a busy day. We were pretty much over the whole sightseeing thing by the time we walked into the Library of Congress. 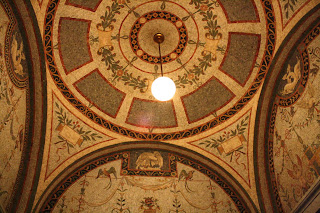 We got there just in time for a guided tour, but the kids weren't as enthralled as Brett and I were. Fortunately, Ryan and Katie were able to skirt the edges of our group to keep themselves occupied while we grown-ups struggled to hear our enthusiastic docent point out the "whys" behind the "wows." 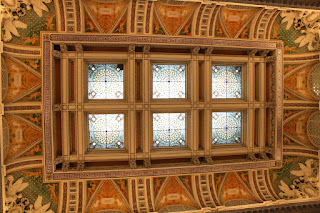 And my goodness, there were a lot of WOWs! 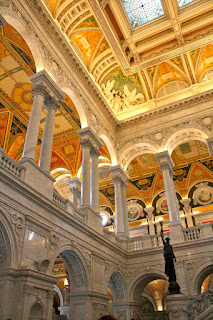 The intricate designs on the floors, walls and yes, ceilings were something to behold. 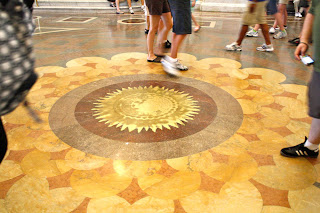 What's cool is that everything has a particular meaning, a reason for being there. 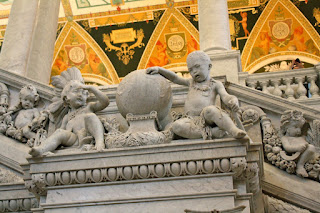 These guys, for example, are "putti" and represent the New World and Africa. 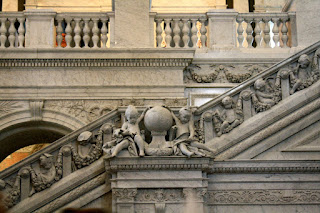 On the opposite staircase, two other putti represent Asia and Europe. The little fellas beside them indicate a wide variety of trades and professions. 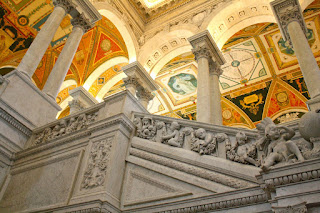 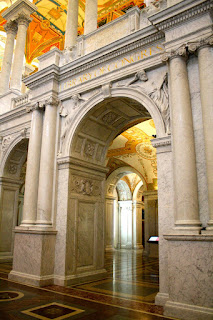 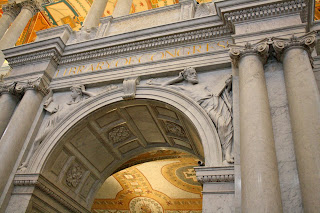 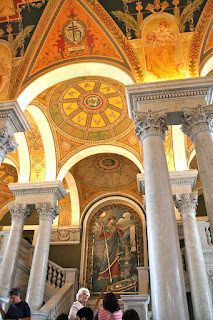 The detail is incredible. It's impossible to take it all in.

One highlight of the tour was seeing the great reading room: 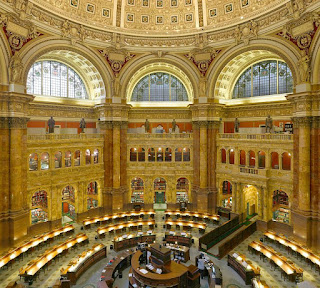 Pictures aren't allowed (to maintain privacy for the few researchers there), so I grabbed this one online. Our guide pointed out that in these digital days, far fewer people occupy those rounded desks to peruse the printed documents. It's a gorgeous room, but I couldn't stop thinking about the great zoom-out scene from All the President's Men! 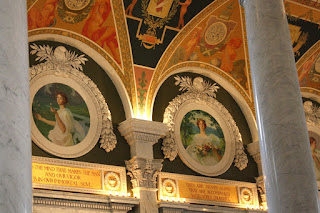 In this area of the Great Hall, we could see paintings of various virtues. 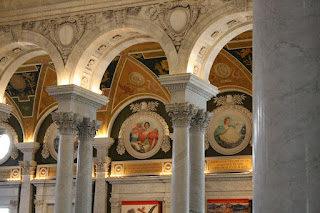 Beneath each is a quote about that virtue. The seals above them are actually printers' marks from the United States and Great Britain. 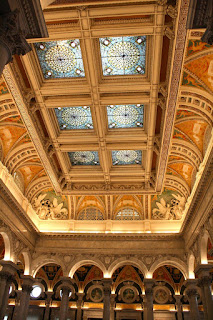 The metallic ornamentation of this ceiling was first thought to be silver leaf, but during a renovation, it was found to be aluminum leaf. When this ceiling was constructed in the 1890s, aluminum was more valuable that silver. Wow. 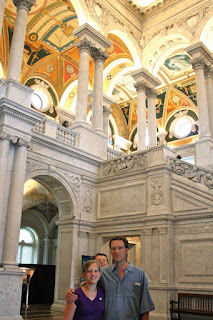 Before leaving we visited a tiny part of the Library of Congress experience, and it was a thrill to see what's left of Thomas Jefferson's contribution to the collection. When the British burned the Capitol (and the Congressional library) in 1814, Jefferson sold his library to Congress to re-establish their holdings. 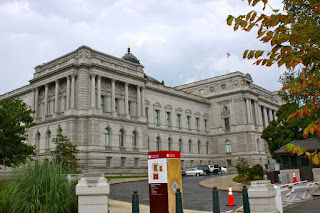 Crowds, fatigue and a near-disaster involving a dropped iPhone led to some disgruntlement, so we didn't wait for the rain to let up before making our exit. As we walked along the east side of the Capitol, we said goodbye to the Library of Congress and hello to 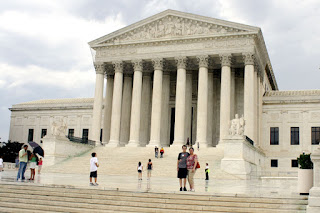 the highest court in the land! Too bad we were there too late to go inside the Supreme Court.

From there we walked to Union Station to see that great depot and hop aboard the Metro to get a little closer to our hotel. Once there, we crashed and crashed hard! We were long overdue some downtime to rest our feet and cool our tempers. As much as I wished we could hit the monument trail again, we all knew our bodies and brains needed a break!
Posted by See-Dub at 11:55 PM