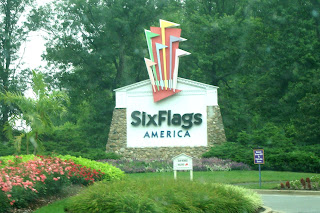 After our morning in DC, we drove out to Largo, Maryland, to Six Flags America. 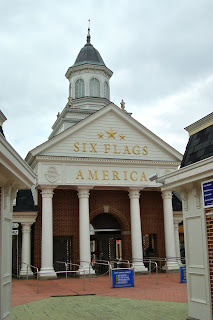 We're huge Six Flags fans, and it's fun to see other amusement parks besides our local one. 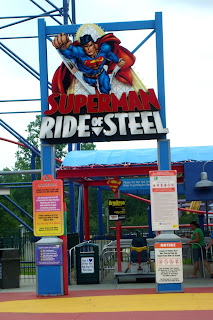 After riding a rickety wooden coaster (The Wild One), we found this steel monster. 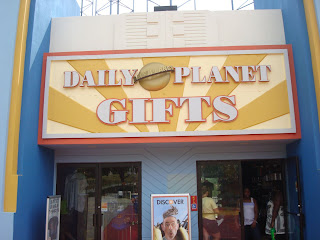 We got a kick out of the Superman signage. 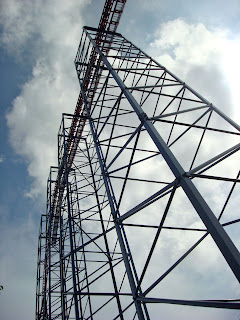 Even better: the hill! 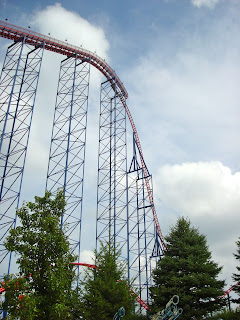 This was Ryan's favorite ride for the day. We all enjoyed seeing the surrounding woods as we crested each hill. I wasn't too crazy about the low-seated restraints, though! I'm accustomed to the higher backs on the Titan or Batman. It was pretty scary to have no upper body support! 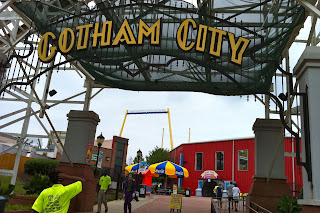 From the Superman we walked to Gotham City.

That area was filled with Batman-related signs. 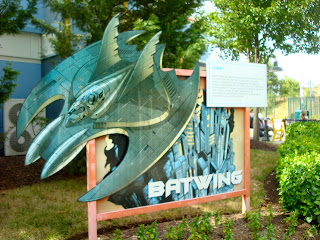 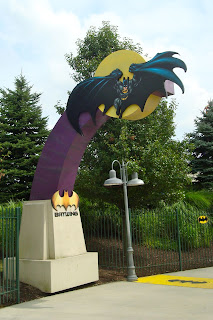 On the pathway to the Batwing ride were bios for specific Batman characters. 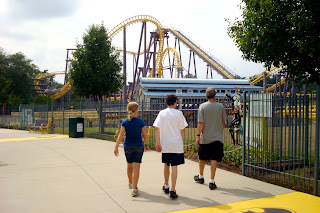 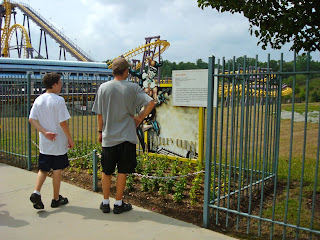 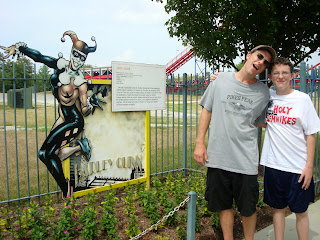 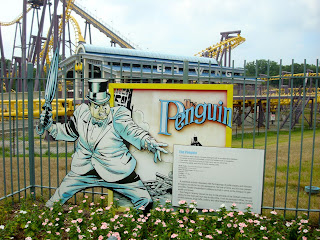 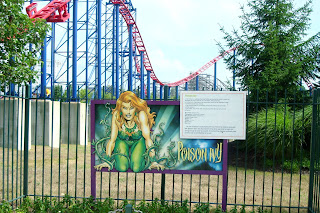 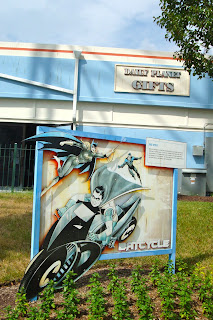 The Batwing ride is completely different from the "Batman the Ride" at our home park. 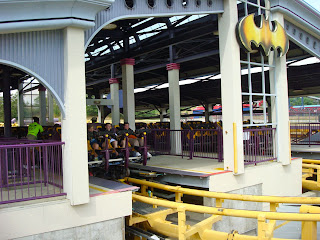 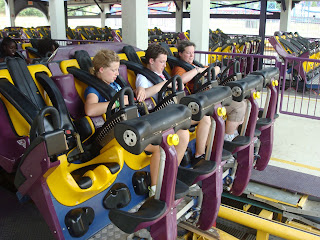 First, we're strapped in with backpack-like straps. Then a big bar presses against our legs. Why? Because the whole car first tilts us until we're on our backs. Then, after going up the first hill, we're flipped around so we're "flying" through the ride, bellies down. 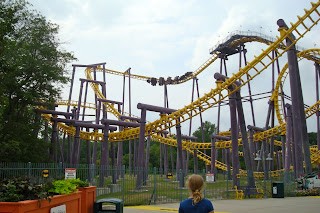 It is SO cool! I loved that flying sensation! (The sensation that my feet were going to slip out of the restraints was not so cool, however.) We did not make this video, but it gives a pretty good idea of the ride. 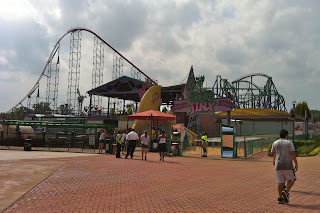 Katie's favorite was the Joker's Jinx. She rode that one over and over! It starts out like the Mr. Freeze, but then it gets all kinds of crazy. 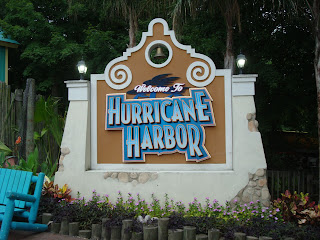 We were excited that this Six Flags has Hurricane Harbor inside the park. We spent the better part of our afternoon there, enjoying the wave pool and water slides. Brett hurt his neck on the Tony Hawk's Halfpipe ride, which put a big damper on his fun, but the kids loved all the slides. But holy cow, there could not be a lazier lazy river! It took us AGES to make the circuit through that thing, and since it was on the outskirts of the water park, the scenery didn't really change. 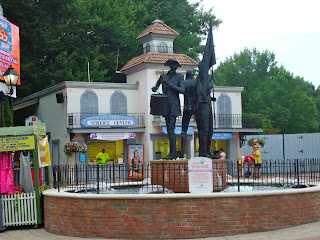 As expected, our time at Six Flags America gave us a good break from all the educational sightseeing, and it was interesting to see another Six Flags park. 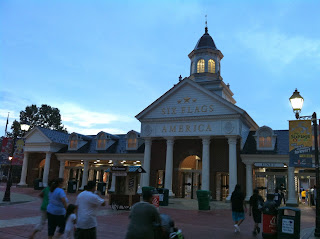 Turns out it was good that we were leaving because the weather really started heading south right around that time. 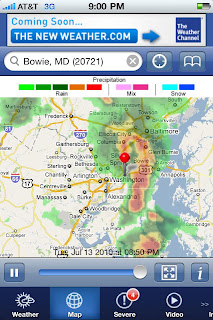 We were walloped with a huge thunderstorm as we began to drive back to DC. We stopped at a Wendy's on the way and were happy to camp out there until the worst had passed. Considering that with Brett's bike tour and our afternoon at the amusement/water park we had been outside most of the day, the storm's timing could not have been better!
Posted by See-Dub at 11:30 PM