Soon after we told Ryan and Katie that we planned to visit Washington, DC, they discovered that there's a Six Flags in Maryland. They quickly insisted that if we were going to do all of that educational stuff, we'd have to take advantage of our season passes and spend some time at that park. Tuesdays tend to be the best summer days to hit amusement parks, so that was the plan. However, Tuesday was our last day in DC, and with the clock ticking on our stay, I was really regretting our promise to forgo history for roller coasters. And when I didn't get my fill of the Newseum on Monday, I REALLY wished we could have more time in the District.

Brett felt my pain, and around 3:30 a.m. that Tuesday, he had a great idea: Why couldn't we go to Six Flags America Tuesday afternoon? It was the perfect compromise. The kids still had plenty of time at the park, I got my return visit to the Newseum, and with an impromptu internet reservation, Brett was set to take a bike tour of DC.

We had seen the ads for these bicycle tours soon after our arrival, but we didn't think we would have time to take one. When Tuesday morning opened up, though, we knew this was a can't-miss opportunity for Brett.

I tried to get Brett to give his side of the story. He IS a writer, after all. Apparently a guest post on my blog doesn't pay as well as his other gigs, though, so I'm on my own.

Besides, he said, he didn't remember details. Well, I remember that he said the three hours just flew by, and that he LOVED getting to see DC this way. He also thought it interesting that his guide was thankful to have some Europeans on the tour. She said they can handle the ride without slowing down the group.

During the ride Brett got to see some places again but from a different perspective. He also saw one monument that's missing from most tours' itineraries. 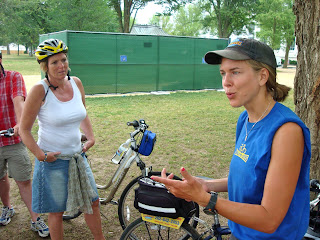 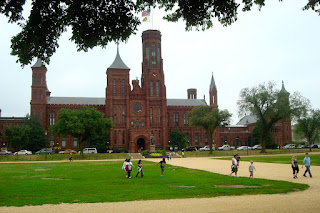 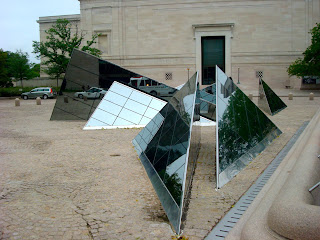 Sculpture somewhere near the National Mall 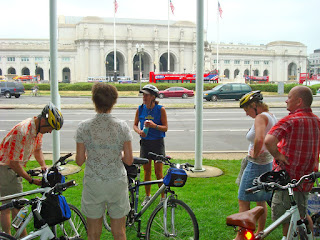 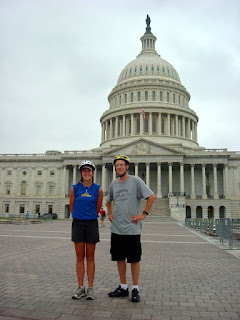 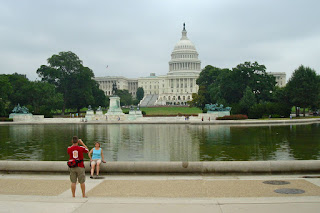 Another view of the Capitol
(I'm glad Brett got to spend a little more time here since we ran through this area in such a hurry!) 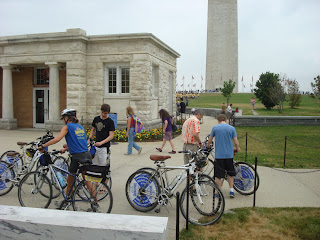 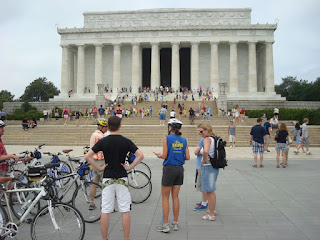 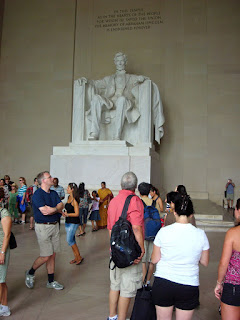 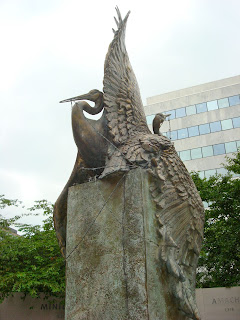 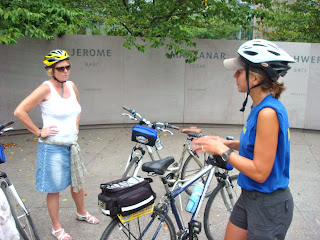 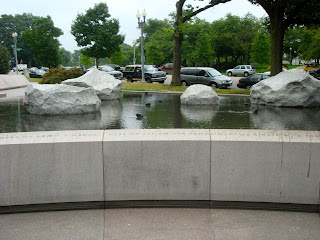 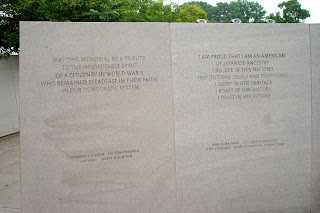 Part of the memorial includes quotes from well-known Japanese Americans. 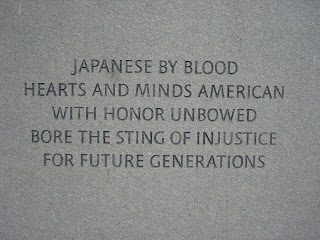 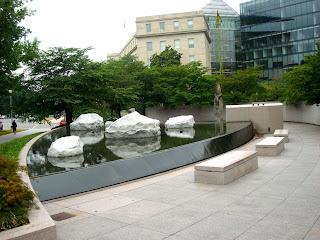 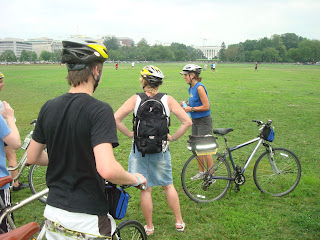 The tour also took Brett to the Ellipse where he got this view of the White House. The rest of us never managed to walk that way, so it's good that he was able to see this side of the presidential mansion. 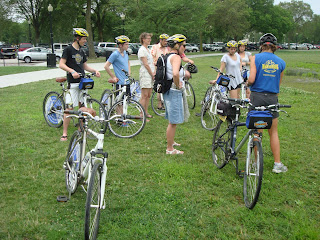 The tour was one of the highlights of Brett's trip, so we're thankful he was able to fit this into his day. If we're ever in a city with Bike and Roll tours, Brett will be ready to ride!
Posted by See-Dub at 11:06 PM

Yay! So glad that Brett enjoyed his tour with us! Great pictures... :)