Turn out the lights...

...the home season's over! But at least it ended in STYLE.

Saturday was Senior Day, and all the student groups (band, cheer, pom, team) recognized their members who were performing/playing in DKR for the last time. 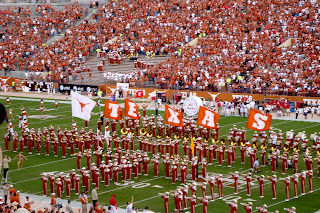 LHB seniors in the smaller T 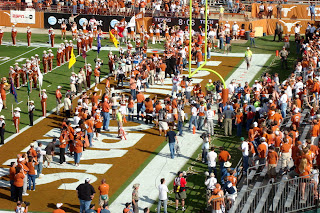 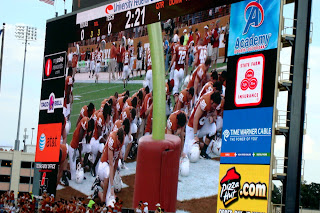 Praying Horns honoring their tradition in the endzone 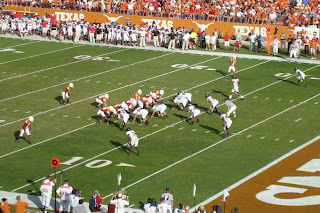 The offense in the red zone 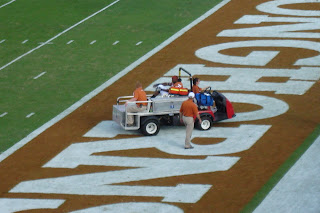 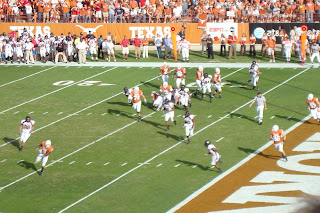 On the move toward the goal line 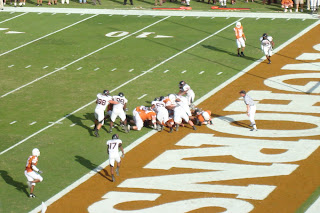 Did he cross the plane? 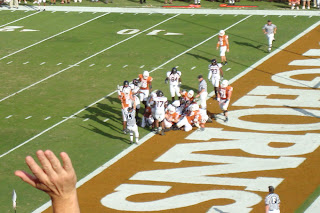 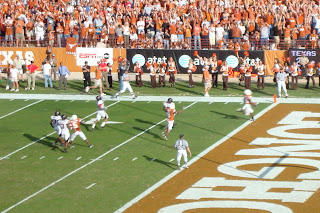 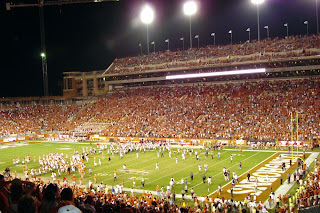 Time for "The Eyes" 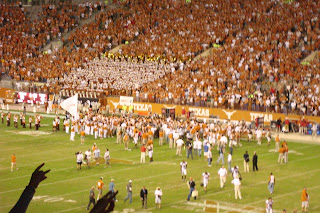 HOOK 'EM!
This was my idea of the perfect football game. Not only did we win, but we led the entire game. It was still close throughout, though, which kept it exciting. Colt was Colt, and his spin-around-and-score move was PHENOMENAL! The weather, although it wasn't quite the ideal sweatshirt-worthy football weather, was pleasant.

The only sad part was saying goodbye to our Section 1 friends. Because of the tailgates, we've gotten to know many of them better. It's funny, but at the last game, people usually say, "Have a good Thanksgiving!" I guess that's easier to handle than "See you next year." It's flat-out depressing that we won't be together again until next September when the '08 season begins.

Where did this season go? Even though we still have the A&M game and a bowl remaining, the year seems over now that we're out of home games. At least we have great memories from this home finale to hang on to until we can share our next round of high-fives.
Posted by See-Dub at 5:40 PM