A day of celebration. 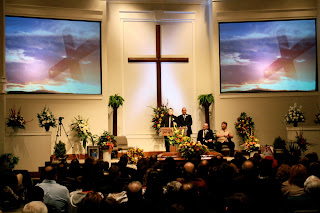 It was such an honor to be in the A/V booth for Tim's funeral. Since he was one of the "boothies," we'd spent many hours together in that booth. It was tough to be there, sitting right where he'd worked just eight days earlier, but it was therapeutic, too. It felt good to be able to do something—anything!—to help out.

And what can I say about the service? It was wonderful! The family center was filled, so extra chairs were brought out. Those who couldn't find a seat stood up along the walls. I later found out that there were people watching on monitors in the Great Hall, too. Those who spoke did a phenomenal job describing our Tim. We cried, sure, but we also laughed at the "Tim stories" and sang some "Tim songs." It was truly a celebration of his life. (For a better description of the service, check out Jenna's blog.)

After the funeral I was blessed to eat lunch with some friends before heading to Alvarado for the burial. 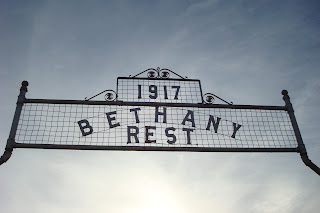 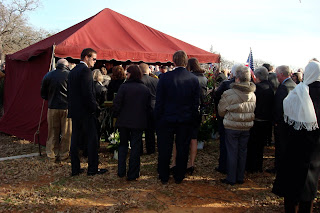 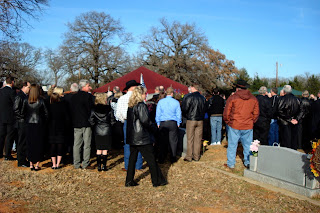 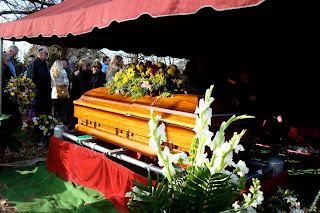 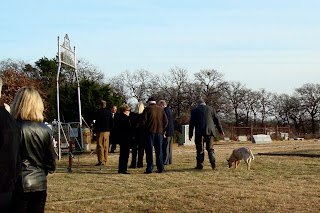 The service and burial were both awesome tributes to our friend, but it's still so strange to think he's gone! Thank God we know where he is!

Speaking of tributes, there are many, many more on Tim's honor page on Facebook. My fellow bloggers have also posted their own tributes, too, so be sure to read what Jenna and Tami had to say about this incredible person. Apparently I have yet to run out of tears to shed, but thankfully, we haven't run out of words, either.

Please keep praying for Amy, Samantha and all of Tim's family and friends.