Wii wish you a merry Christmas.

Another of our Christmas traditions is to get together with our friend Dede and exchange gifts. 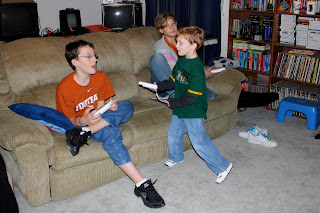 After lunch at Cheddar's, we came back to our house so the kids could play Wii and we could have a little more Christmas fun. 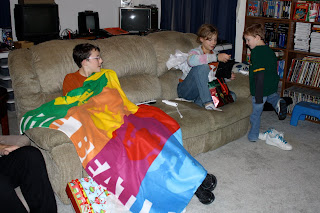 Dede and Cole gave Ryan a Beatles throw and Katie a Texas frame. 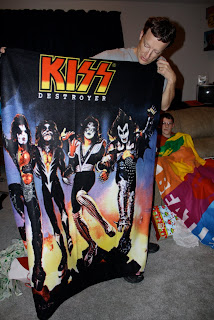 I got a gift card for a store that sells college merchandise—wonder which school's stuff I'll buy?—and Brett got a KISS throw. It was funny because just yesterday Brett was wearing a Destroyer shirt!

We gave Terry a bunch of Mason jars, but that's really a selfish gift since we know he'll eventually fill them with his amazing hot sauce.
We gave Dede and picture frame and an iTunes card (since she just got an iPhone), but her real present is still on its way from Walgreens. (Dangit, Walgreens! WOULD YOU JUST SEND ME MY ORDER?!) 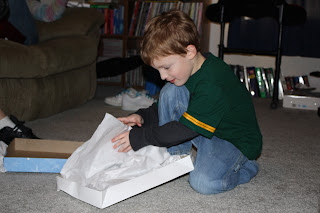 And Cole? Cole got a Lego Batman game for the Wii. 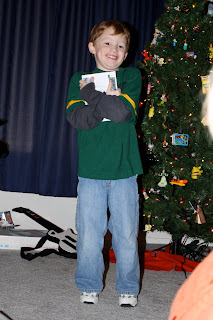