Our kids now dwarf ol' St. Nick, but that didn't stop us from getting their picture taken with Santa this year! We have a longstanding tradition of Santa pictures, and just because the kids are in middle school, that doesn't mean I'm going to let it go!

Too bad Mr. Claus was having trouble staying awake: 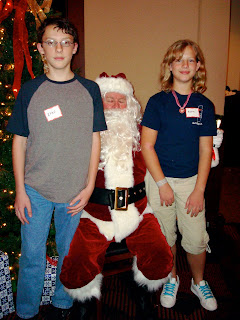 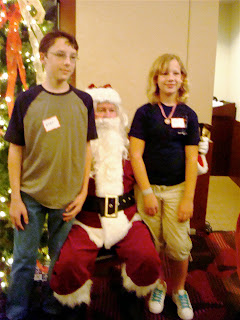 In Santa's defense, we were among the last at the Christmas party to pay him a visit, and he'd already seen LOTS of kids!

This party was at Dave and Buster's in Arlington, and both kids got to play some games, including Plinko: 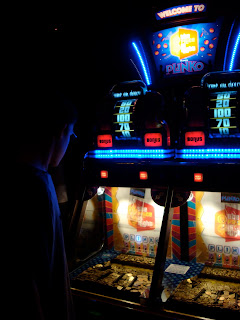 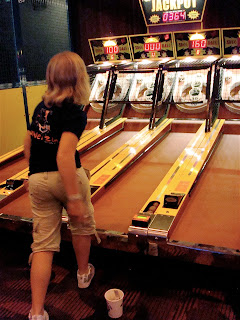 While they played, Brett and I watched the Cowboys (LOSE! Grrr...) on the big screens.
Posted by See-Dub at 11:50 PM