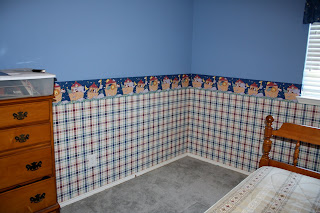 This is Ryan's bedroom with the decor we inherited from the previous owners. Since we moved into this house last September, we have not had time to make the room more teenager and less toddler. 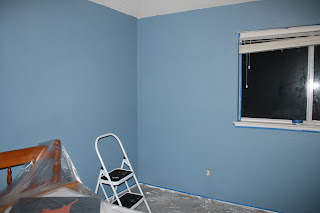 I've had this week on my calendar for months. With Ryan at camp, it's the perfect time to de-ark and repaint his room!

The plaid wallpaper came down like a dream. Step A: Peel off top layer. Step B: Soak paper backing with WP Chomp and wait a few minutes. Step C: Remove the backing. Easy! 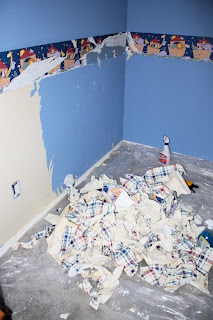 But Noah's Ark? Um, NO. Those cutesy bunnies, dolphins and elephants weren't going anywhere without a fight. 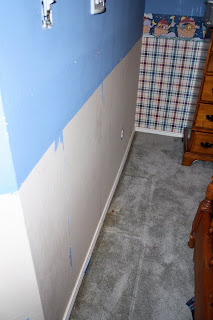 Well, that's not completely accurate. The border came right off two of the walls. Obviously, those two stretches of arks were put up correctly. The other parts of the border, however, had been attached to the wall using some kind of miracle adhesive. Why? Oh, how I'd like to know. WHY?! 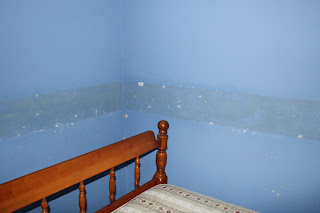 After much scraping and the use of three different products, we ended up with this trail of tears. Since this part of the wall will be behind Ryan's bed and partially covered with posters (and since Ryan will be home Friday!), we decided to just paint over it. 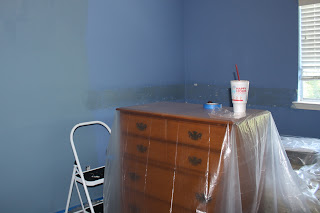 And the result isn't as bad as I was afraid it might be! Of course, I'LL know the difference (and you will, too!), but from most angles, the Evil Mark of the Ark is hard to see. 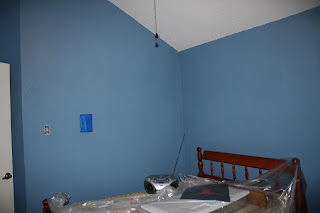 So bye-bye, bunnies! After all that scraping, I'm pretty sure I won't be getting them out of my mind for at least 40 days and 40 nights.
Posted by See-Dub at 10:49 PM