From band kid to band parent.

You know, I'm all about task commitment. Once I sign on to do something, I really want to see it through. So even though I'm going off-topic from today's NaBloPoMo prompt, I have to give it a teensy bit of attention.

"What is the first thing that pops into your mind when you think of your father?"

Again, I'm not linear enough to think of just one impression. It took many words and photos to write my tribute to him a few years ago. So many images, so many descriptions. If I had to pick one word, it'd be "missed." But like I said, I really picture a word cloud more than just one word. And that conglomeration of words also includes "doting." 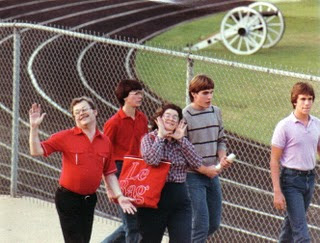 Daddy doted on me, his only child, to a ridiculous extent. And that included being a dedicated band parent.

Which brings me to the real focus tonight: RYAN! How very strange to be the one in the stands cheering on my high schooler! 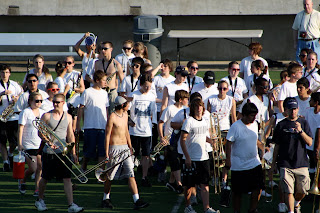 See these people? They're high school students. You know, like the ones I teach. AND MY SON IS ONE OF THEM! (Hold me while I sob.)

Tonight was the high school band's performance to culminate the end of June camp. From Tuesday through today, Ryan and the rest of the band have been working on marching fundamentals as well as music they'll need to know this fall. 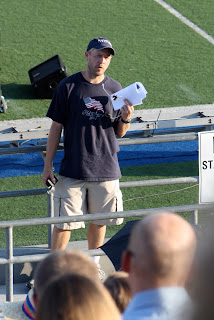 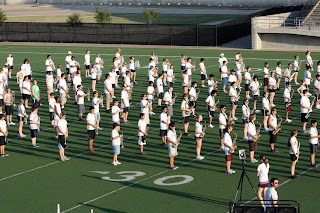 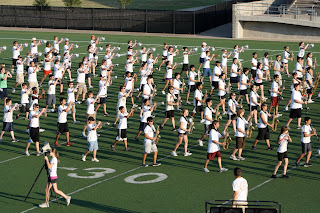 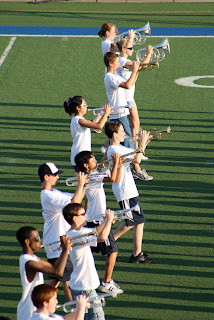 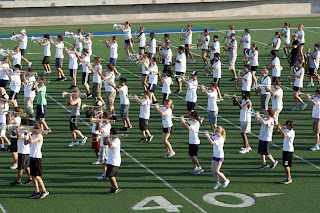 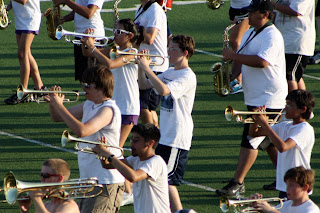 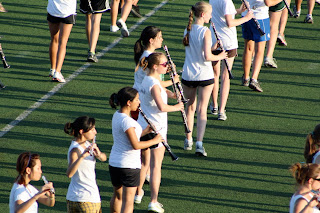 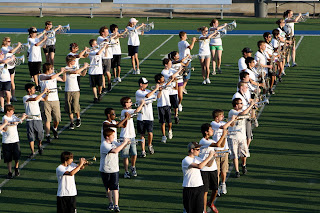 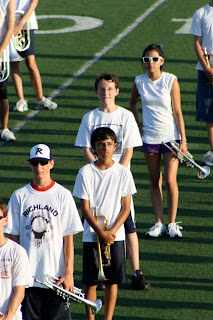 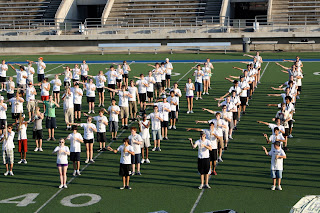 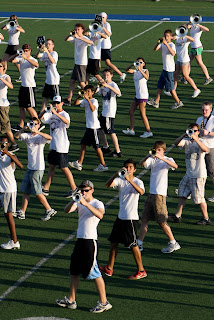 In addition to seeing and hearing what Ryan et al. have been working on this week, we also got to see the training the color guard, pit and battery have done. 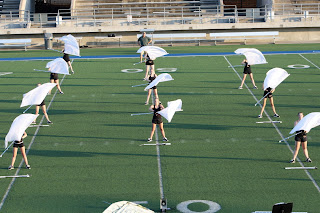 We were impressed with the precision. 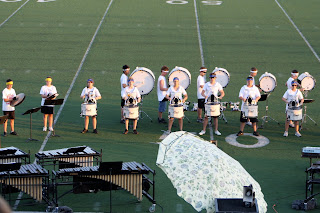 (And how about that umbrella to shield the audio engineer? I'm thinking an umbrella in the Heritage sound booth might not be such a bad idea. If something goes wrong, I could protect myself from all those glaring faces...) 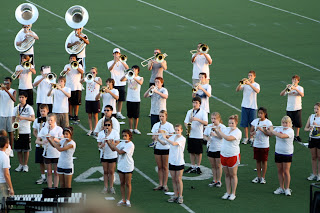 The performance was wrapped up with the alma mater, fight song and "Johnny B. Goode," a perennial favorite at the school. 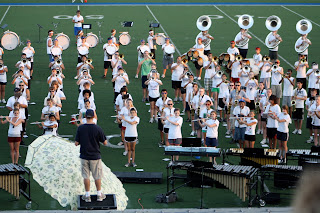 Then, after the band director spoke to the group as a whole, the kids huddled up with others in their sections. Here's the trumpet huddle: 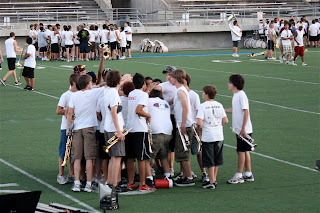 Ryan is exhausted after spending his first week of summer marching in the heat and playing brand new and more difficult music. But he survived! We're so proud to see the results of this hard work, even at this early stage!
Posted by See-Dub at 10:05 PM