It's always a treat to see Texas play Baylor in Waco! For one, our trip is cut in half. It seems like we've barely left home and VOILA, we're there! For another, the smaller stadium means more manageable crowds and fewer hassles. 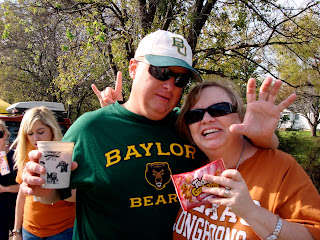 One of Dede's school friends is a Baylor grad, so he invited us to stop by their tailgate. We enjoyed their hospitality at their primo spot. How primo? 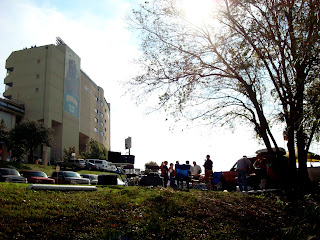 Right across the street from the stadium. Now THAT'S primo! 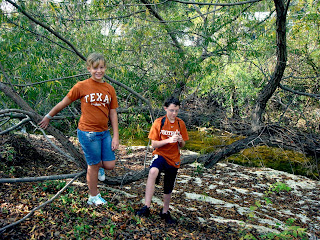 Another benefit of their location is the creek that runs behind it. That's probably why this strip of spots is referred to as... 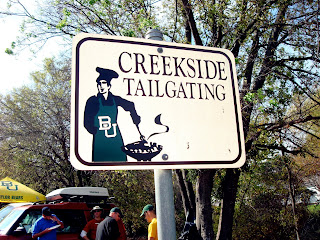 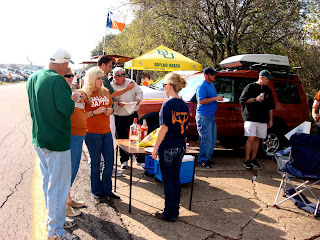 After visiting with Dede's friends, we headed over to Floyd Casey. Except for the blocked gates under the stadium (which made it hard for us to get to our section quickly), we felt really welcomed in Waco! The stadium staff had the parking procedures down to a science, efficiently parking a large number of cars, and everyone, from the parking attendant to the security guards to the concession sellers, were exceptionally friendly. 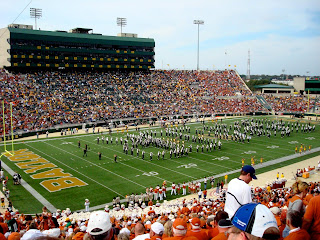 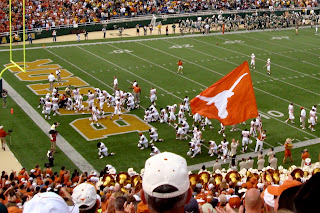 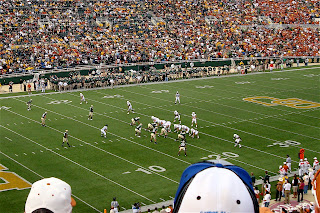 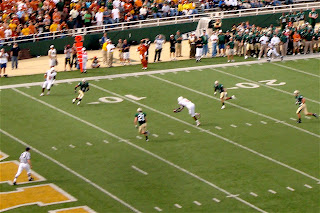 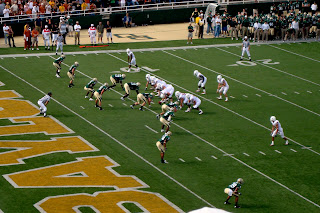 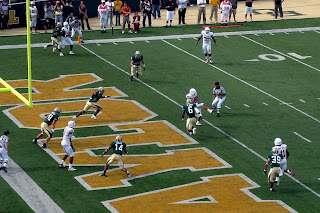 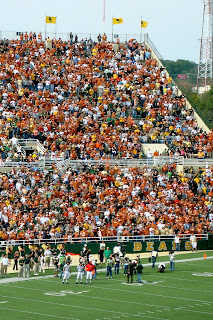 The highlight of the game had nothing to do with football. During one timeout, the PA announcer introduced a special guest: Sgt. Mark Todd, one of the police officers who helped stop the Fort Hood shootings. 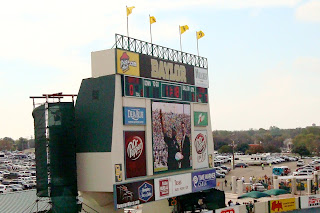 Sgt. Todd had been on the field for the coin toss, and then during the first quarter, he was presented a game ball. Very cool! Also nice was the rousing standing ovation he received. 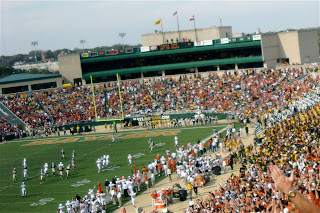 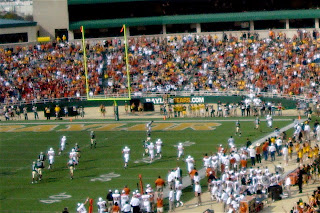 Another TD for Texas! 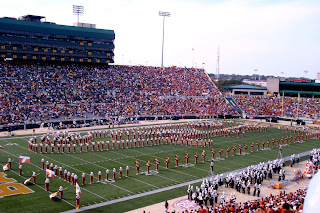 At halftime, the LHB did its "Broadway Hits" show, including "Greased Lightning" with the car and spinning wheels. Cool! 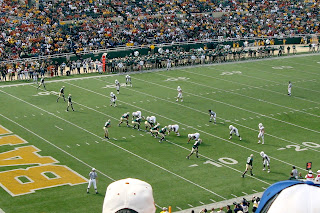 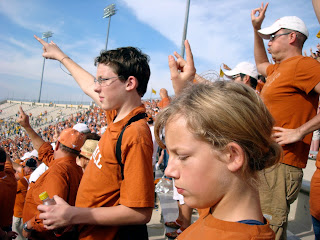 Time for "The Eyes"! Notice Katie's multitasking (texting while holding up her horns)! Not sure about the guy behind Ryan; he's either whistling our school song or REALLY relieved that we won! 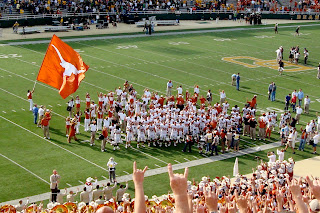 I just love how the team always comes over to the band to sing The Eyes. 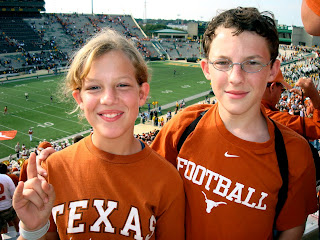 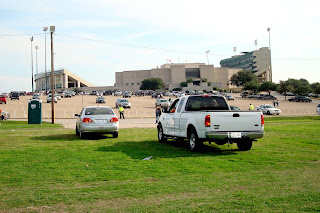 Another benefit: We parked THIS CLOSE to the stadium! Wowzers!

After the game we chose to avoid the Waco postgame crowds and headed toward home. We stopped for dinner at Up in Smoke BBQ, located in the old Turkey Shop in Abbott. The restaurant has changed but we found this remnant from the former inhabitants: 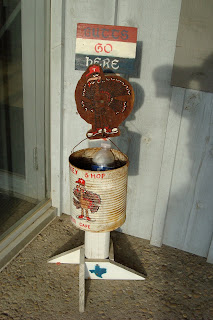 The food was good and except for one extra-gruff meat-cutter, the service was friendly. The inside of the place was nostalgic: 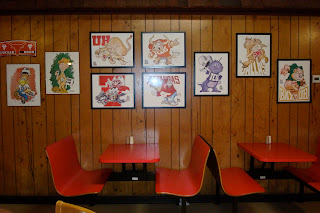 On one wall they have posters of all the old Southwest Conference schools. What a flashback! It reminded me of the days when we always had a game in Houston (Rice or UH) and a game (besides ou) in the Metroplex (SMU or TCU). 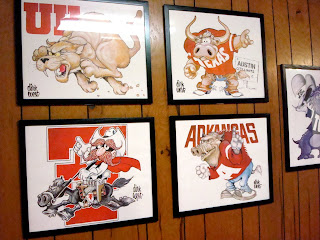 I'm a sucker for the old school mascots! Love the old hand-drawn football programs in this style. I'm glad the Up in Smoke folks have left these on the wall! 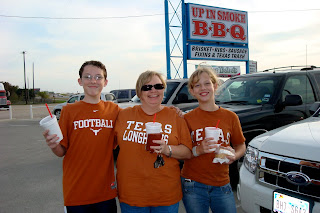 After dinner we parted ways with Dede and headed home. It was a fun day and a quick trip! And hey, check out those 10-0 Longhorns!
Posted by See-Dub at 10:37 PM