On the way home from Austin last weekend, we were zooming north along I-35 when we ran into some bumper-to-bumper traffic. I couldn't tell if there'd been a wreck or what. And then I thought I saw plumes of smoke. 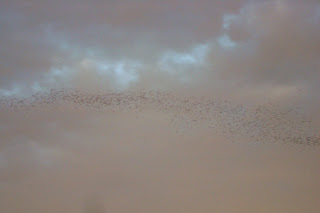 They were heading out for their nightly foraging, just pouring out from under a bridge near Georgetown. 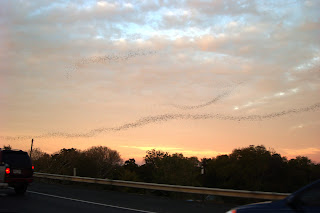 It was incredible to see these long, thick streams of bats taking flight. No wonder all the drivers were slowing down!

Later on, as we continued driving north, Katie and I were also treated to this: 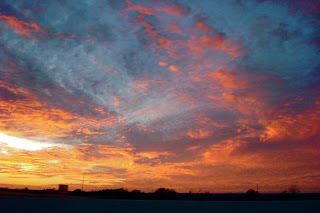 It was nice to have these natural diversions to spice up our drive home!
Posted by See-Dub at 10:31 PM