After our delicious Thanksgiving dinner, we headed out to the gorgeous 60-degree afternoon for some... 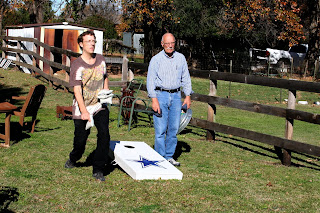 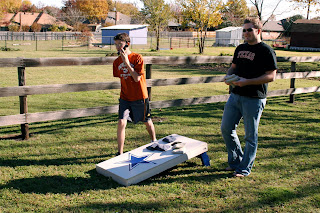 Ryan's got some serious skill. Check out the mid-call toss! 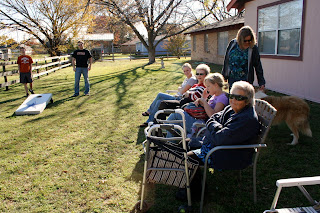 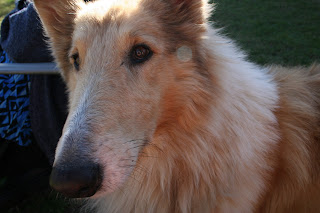 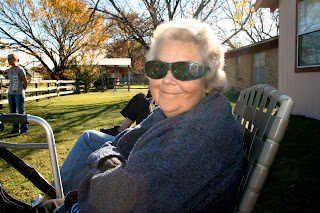 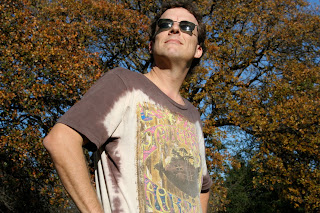 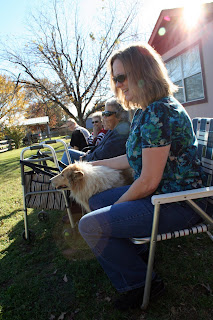 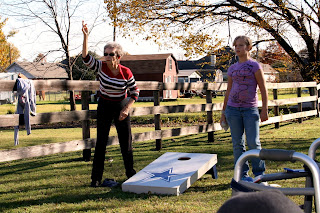 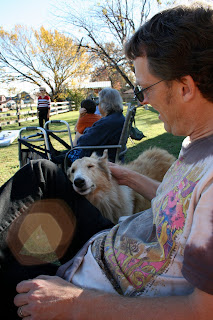 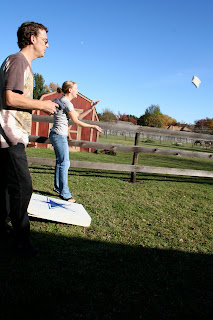 Cara demonstrated her "Huggie Humdinger," a granny toss that was quite effective! 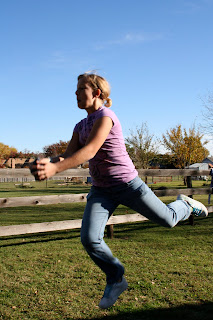 And after the game, Katie was tossing HERSELF around!

Then Cara and Jeff gave Katie's ripstick a try: 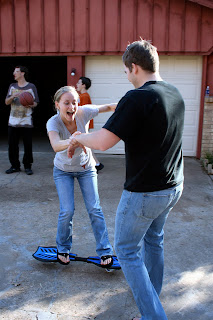 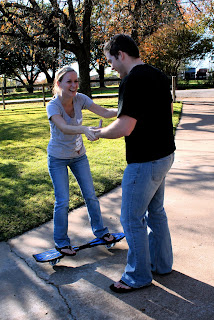 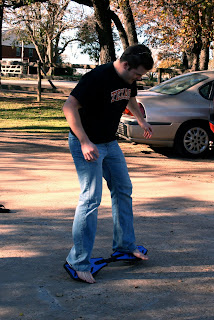 Next, we played HORSE. Wouldn't you know it, I was the first to get all my letters. What a surprise! ;) Ol' "Hoops McCoy" didn't stand a chance against those pros! 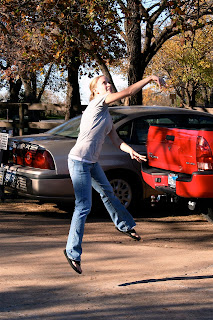 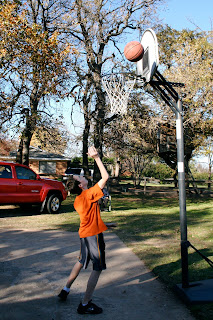 Ryan even came up with a shot that involved making a layup and then running over to Memaw and giving her a hug. Memaw thought that was a great shot, and wouldn't you know it, everyone made that one! 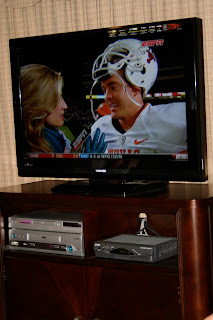 And what a game it was! Like I said earlier, Colt was a stud. HE IS the MAN = Heisman? We can only hope! 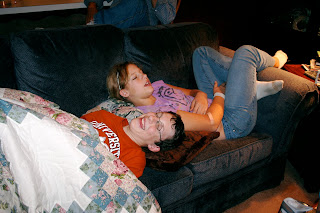 By the time all the eating and playing and game-watching was finished, we were pooped! But more than anything, we were thankful for the time we got to spend with our family.
Posted by See-Dub at 10:06 PM

Katie, you have to let me ride that thing. I'll give you my old skate board (seriously) if you'll just let me have 10 minutes on the - what was it? - ripstick?