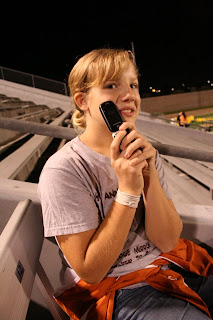 Look at us! Katie and I were feeling good enough tonight to go to the BHS band's dress rehearsal! Twenty-four hours ago I would've doubted this was possible, but we're both feeling much better. (Ryan's better, too, but he opted out of this outing.) 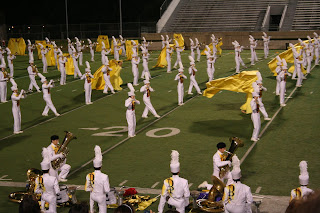 This was the band's last local performance before they leave for BOA Grand Nationals in Indianapolis tomorrow, and it's the only chance we've had to see them in their special contest jackets, customized for their show. This year's show: Prayer for Light. 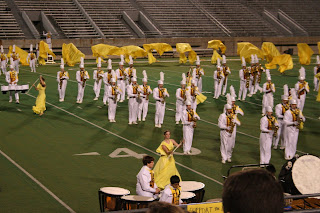 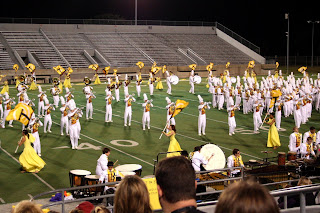 Then last year, they placed second. 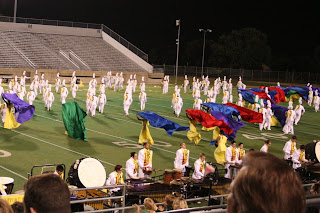 With 51 consecutive YEARS of first division ratings at UIL marching contests and a string of BOA regional and super regional wins, the Blue Raider Band has a rich tradition of winning. 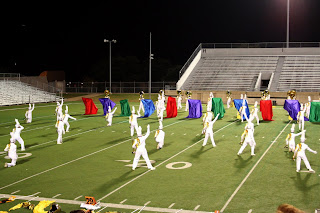 Regardless of the outcome of this weekend's contest, the entire Bell community is immensely proud of our band. This was evidenced by the huge crowd that showed up at the stadium for this rehearsal tonight! There were band parents (of course), but also plenty of alumni and community members. It was great to see so much support for these kids! 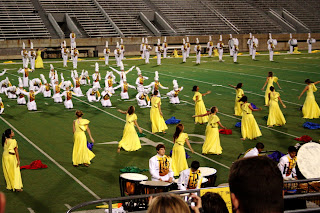 I park near the band hall, so early in the school year I often pass band students coming in or going out to the practice field. Seeing (and smelling) them working so hard is a good reminder that success has a pretty high price tag! These kids work hard! 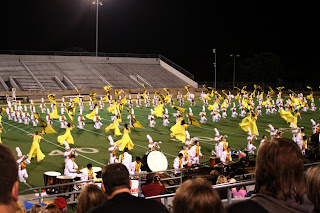 What's striking about our band is the combination of visual effect plus musicianship. The quality of the music never suffers. It's so impressive to hear. Just beautiful. 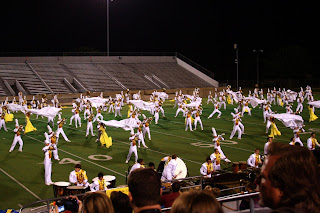 And, of course, Bell is famous for artistic drill design that explores a particular theme. 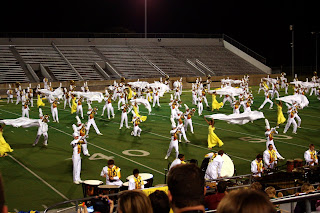 Put it all together, and it's quite a show! 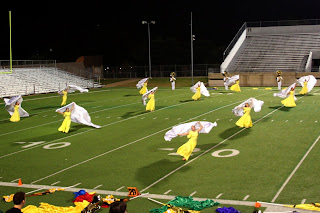 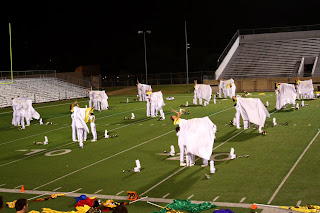 Sorry, Ohio State. The best darn band in the land is NOT in Ohio. It is right here in TEXAS!
Posted by See-Dub at 10:55 PM