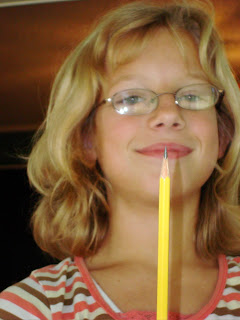 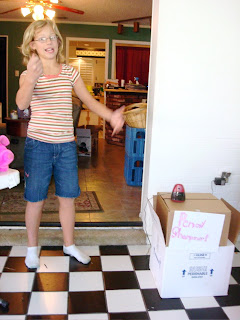 So during halftime of Saturday's Texas game, Katie played game show host and explained the contest rules. Each contestant would sharpen one pencil in each of three rounds, and at the end, she would judge the quality of the sharpened pencils and award prizes for first, second and third place. 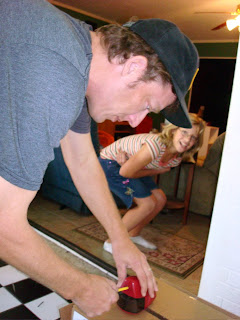 It required great concentration! Once you started sharpening, you could not stop until you felt your pencil was perfect. 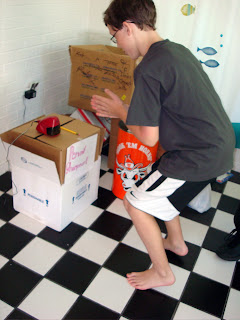 The three of us had our own ways of stepping up to the sharpener. 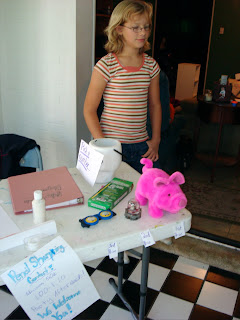 The stakes were high! We wanted that first prize! 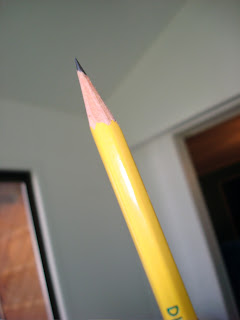 This pencil looks pretty perfect to me, but then again, it's mine. Still, I was up against some pretty sharp competition. 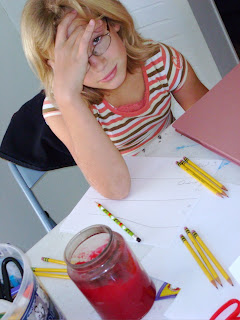 Judge Katie had a difficult decision to make. In the end, the winner was... 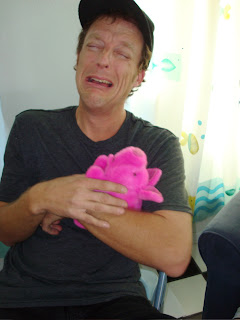 Brett! He was overcome with emotion when he realized he had won. 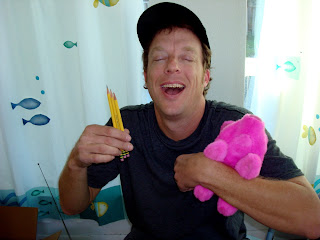