Tonight was our big rivalry game against the mighty Trinity Trojans. 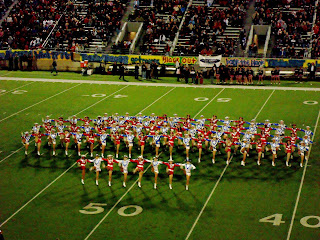 Whenever one school district's two high schools play each other, it's a big deal, and the Bell-Trinity rivalry has an appropriately rich history. 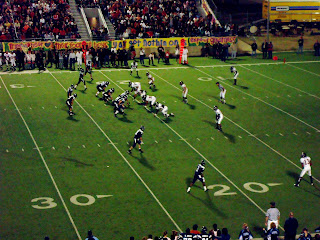 Lately, though, Bell has been excited to make the playoffs while Trinity has been winning it all, taking two state championships in the last three years. 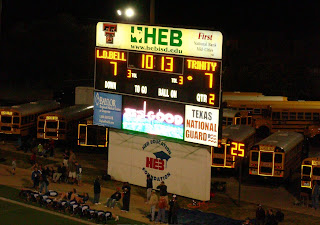 So we were ecstatic to see this! 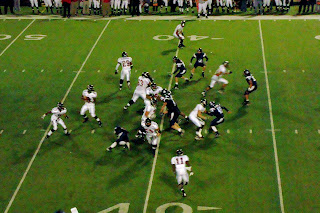 The Trojans' offense, especially that massive offensive line, proved too tough to overcome. THS won, 30-20. Still, considering recent scores in this series, a 10-point loss is quite respectable. The Trojans are ranked #3 in the NATION, after all! I was so proud of our boys, too. They never gave up, never stopped hustling. 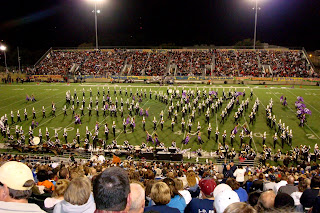 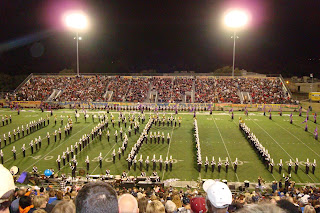 followed by an old favorite, the spirit show.
Beginning with dinner with teacher friends, the whole evening was a great celebration of BHS, from the cheerleaders to the drill team, from the band to the football players. It was a great night to back the Blue! 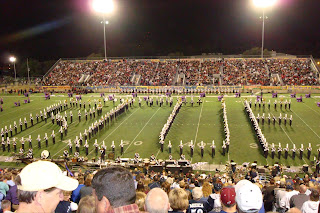 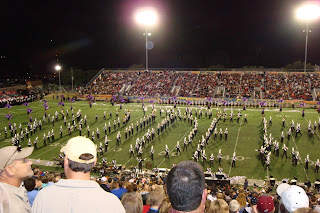