Turkey at the tailgate!

That's what we said months ago when we first found out the A&M game had been moved back to Thanksgiving Day. Sure enough, that's what we ate! 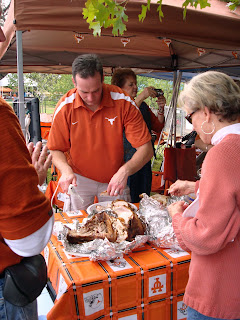 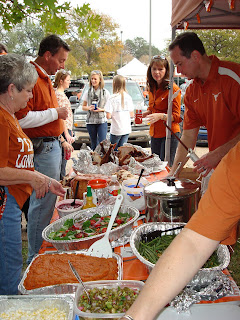 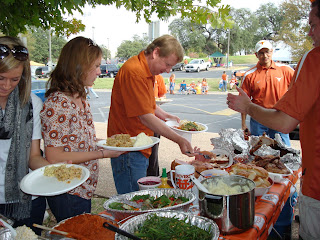 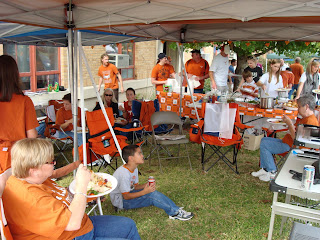 We had a big crowd, so it's a good thing we had so much food! 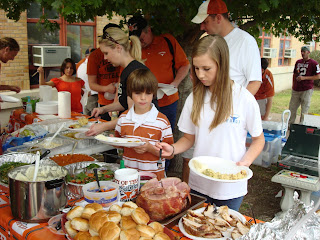 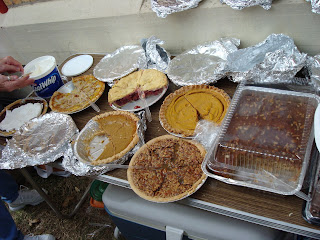 What really made this tailgate the ultimate Longhorn experience was our special guest: Tommy Nobis! 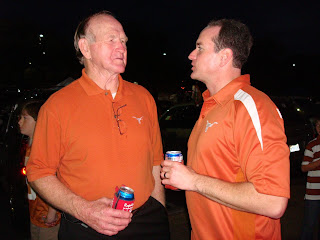 He stopped by on his way to the game and was so nice to pose for a few pictures and sign some autographs for the kids. 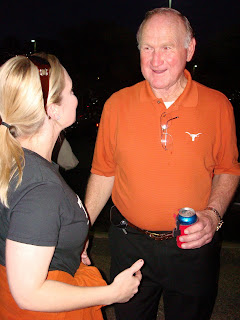 It was wild to shake hands with a man whose name is so much a part of Longhorn lore. His name is even on our version of the Ring of Honor. What an honor to meet him—and how wonderful to find out he's such a nice guy!

Of course, this tailgate was bittersweet. It was so hard to be away from my family on Thanksgiving! It was also difficult to know that this would be our last tailgate until next fall. Whoa, Nelly, that's a long ways off! After three seasons of these tailgates, we've gotten to know the folks who sit near us so much better. We see each other almost every weekend for three months and then BAM! It's over. So yes, we enjoyed great food and fellowship, but we also took a little longer saying goodbye when it was time to take down the canopies.