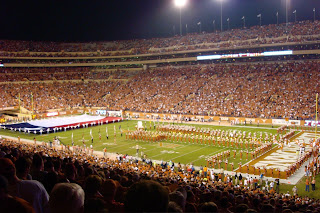 So here we are at the end of another football season. It's always exciting when our season tickets arrive in the mail: all those games, all that promise. Then in a blink, we come down to the last ticket, the last chance to sit in Section 1 for a while. Whoosh! There goes another season! 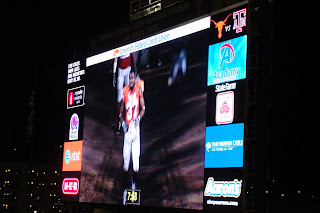 The last home game is sad for us fans; I can't imagine the emotions for these seniors who come down that tunnel for the last time! I get verklempt just watching these guys hug Coach Brown during their pregame introductions. 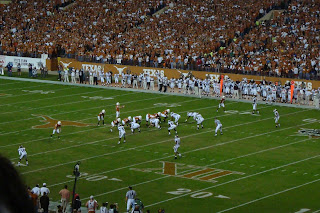 Fortunately for the Horns, those emotions didn't keep them from beating the Aggies! 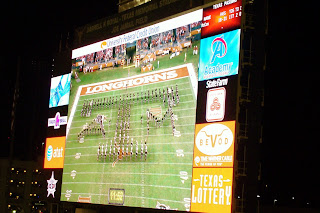 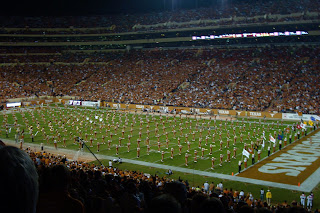 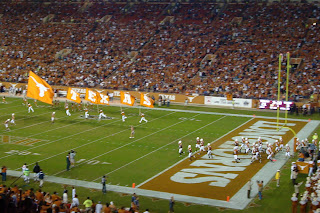 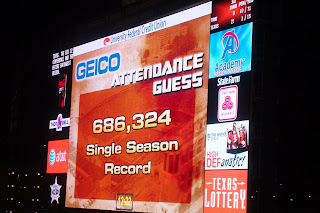 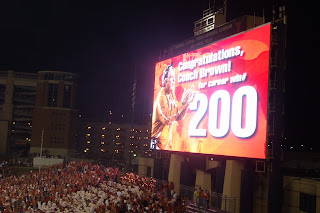 So proud of Mack Brown 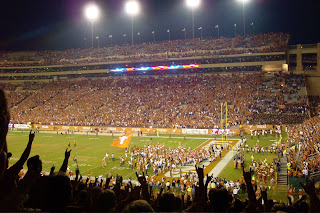 I love the way the team gathers in front of the band for "The Eyes of Texas" at game's end. 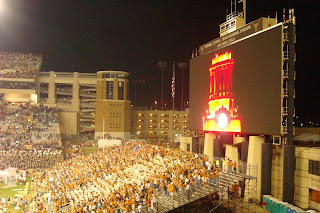 The Tower lighting was shown on Godzillatron just as the Eyes was beginning. So very cool! 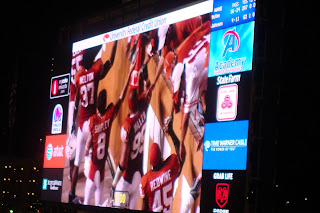 The seniors took a victory lap after the game. How we'll miss these guys! 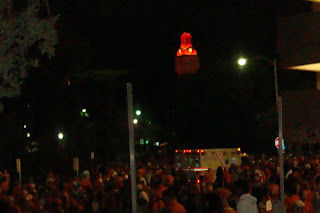 Happiness is an orange Tower, but the wait for the next home game = sadness.

nice of you to include the fightin tx aggie band!