A long day at Six Flags.

We wanted to get in one more good Six Flags trip before school starts, so on Tuesday we arrived there around 10:45 and stayed until the park closed at 10.

We did our usual posing: 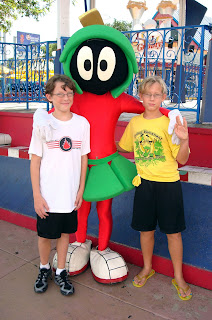 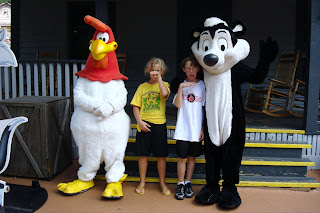 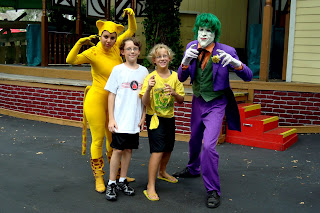 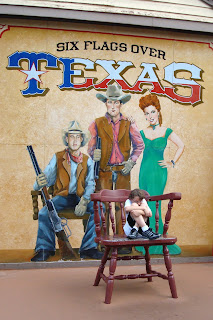 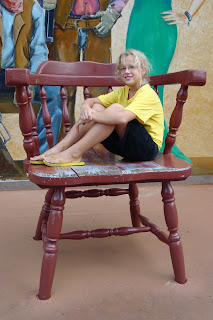 We also rode the new ride, Tony Hawk's Big Spin. We had ridden this ride at Fiesta Texas last summer, but it was fun to try out this version on our own turf. I must be ready to get back in the classroom because I was really annoyed to see apostrophes misused on the signs! 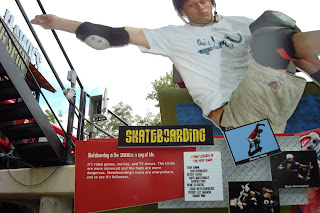 First, this one tried to turn a possessive pronoun into a contraction, 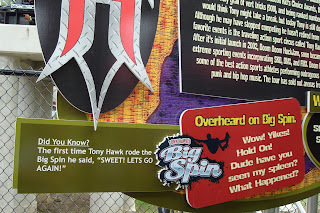 ...and then this sign omitted an apostrophe in a contraction! 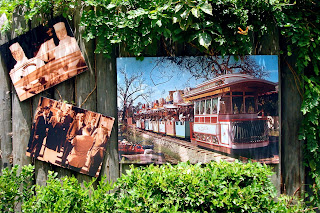 I pointed out the old Mexican Train ride poster, and we noticed that the train was named "El Cha Cha." 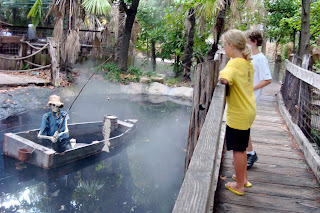 The lines were pretty short most of the day, so we got to ride Runaway Mountain. That's one we often skip when the wait's too long, so it had been a while since we'd taken a spin on that indoor coaster. The kids really like the swamp along this waiting area! 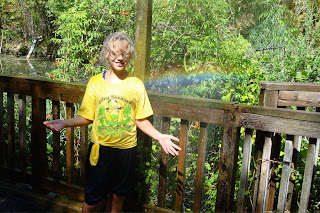 Does this make Katie our pot of gold?
The misters scattered around the park have to be the greatest addition to the park in the last 20 years. (OK, the Titan's probably better, but man, do those things help you deal with the heat!) 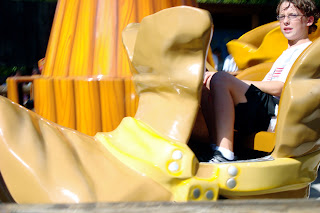 We had just gotten off the antique cars and boarded Boot Scootin' when that ride ground to a halt. The ride's power had gone out! It was so strange; stores and food stands still had lights, but none of the electric rides (i.e., everything except for the train and the gas-powered cars) were shut down. 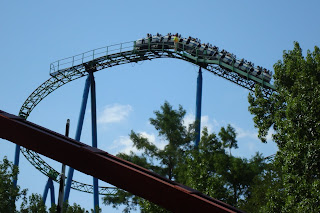 We felt so bad for the folks stuck on the Shock Wave in that heat! Later, the worker guy who went up there to keep everybody calm was telling us that they brought them down the steps after about 45 minutes. Scary!

In the interim, we got a snack, walked around and saw a parade (that Katie blogged!). We also watched part of the American Music Awards video in the Majestic Theatre. We were debating if we should leave the park when the rides roared back to life. YEA! 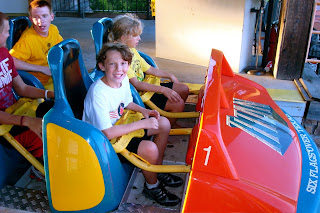 We headed to the Titan, and since there weren't too many there yet, we got in line for the front of the train. Riding in the front is like riding a completely different roller coaster! They did shut down the ride for about 10 minutes when it was our time to board, but we waited it out, not wanting to miss out on this chance. Throughout the day we ended up riding the Titan six times, including four times in a row just as the park was closing. Power outage or not, that's a good day for us!

For some reason, I kept taking Oil Derrick pictures: 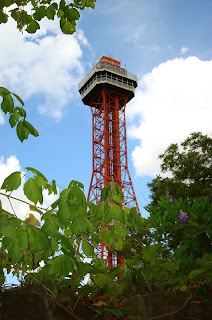 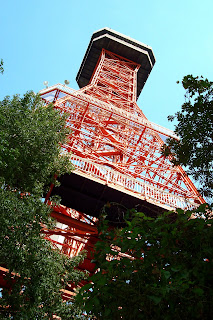 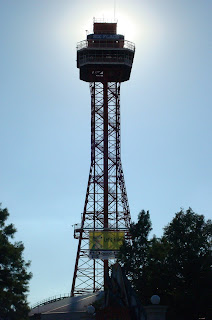 We're glad we stayed until close because we love to ride in the dark! The lights and smaller crowds make it so much more fun! 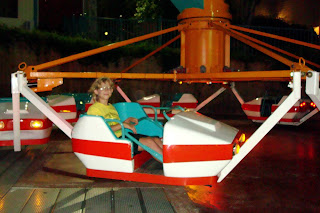 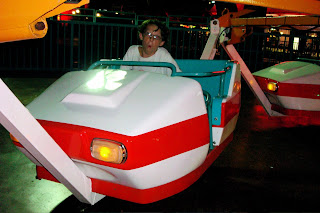 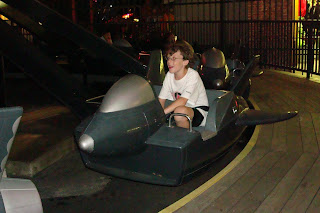 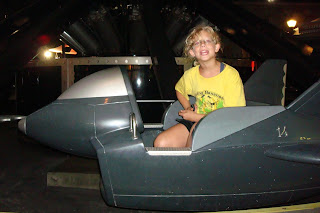 You think that someone would have proofed those signs. I mean, its not that hard to figure out. Lets try again (did my apostrophe use bother you- hee hee) We were riding the Titan at close, too. We must have just missed you. Dylan said that he would ride it if we could get to it before it closed. We sprinted across the park and made it onto the second to last train. Dylan finally conquered his fear! I felt so bad for all the people stuck on rides. When we were in line at the Roaring Rapids, we heard a loud pop and then the music stopped for less than a minute. I wonder what caused it?