My reward for surviving my first day back at work? 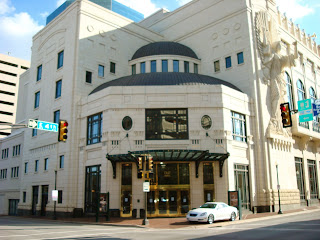 A visit to the Bass Hall to see
my all-time favorite musician: 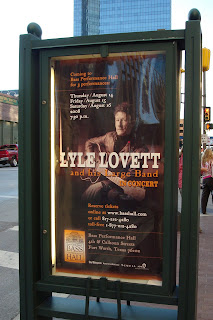 I can still recall where I was the first time I heard Lyle's music. A friend who had an extravagant cassette collection (this was the '80s, after all) was always sharing new music with his friends. He played "Stand by your Man" for me in his old, green Mercedes, and I was in love (with Lyle, not the friend!). It was soon after that that I just had to add Lyle albums to my own pile of cassettes: his self-titled debut, Pontiac, Lyle Lovett and His Large Band... Going to school in Austin meant having easy access to Lyle's many concert appearances at the Paramount Theater, and I lost count of how many Lyle shows we attended back in the late '80s.

After moving here, I got to see him a few times here and there, but since I married someone who's not the biggest Lyle fan, my concert outings have been increasingly rare. When the newspaper reminded me that Lyle would be in town this week, though, Brett was quick to suggest we go see him. I just about flew to the computer to buy the tickets before he could change his mind!

So Memaw came over to watch the kids, and Brett and I took off for our long-overdue date night. We had dinner at Razzoo's and then made our way to the Bass for Lyle.

He had a couple of special guests sitting in with his large band. Sam Bush blew us away with his mandolin. His long-time cellist John Hagen was amazing—as always. And as always, Lyle was so generous to share the spotlight with the musicians who backed him up. He even had a local gospel choir on hand. (How cool to be able to say you had sung back-up for Lyle!)

And Lyle himself? Oh, Lyle. He sang some new ones, like "Ain't No More Cane"; he sang some old ones, like "Cowboy Man" and "Give Back my Heart." He even sang this oldie:

I've been to more than a dozen Lyle concerts, but prior to tonight, I hadn't seen him for five long years. It was SO good to hear his banter and just breathe in his unique sound again. Brett really liked the concert, too! (He did comment that since his last three concerts have been Wynonna, Robert Earl Keen and now Lyle, he really needs to find a ROCK concert to attend!) 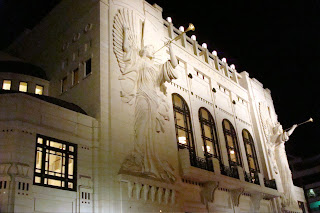 glad you had a good time. You deserve it!